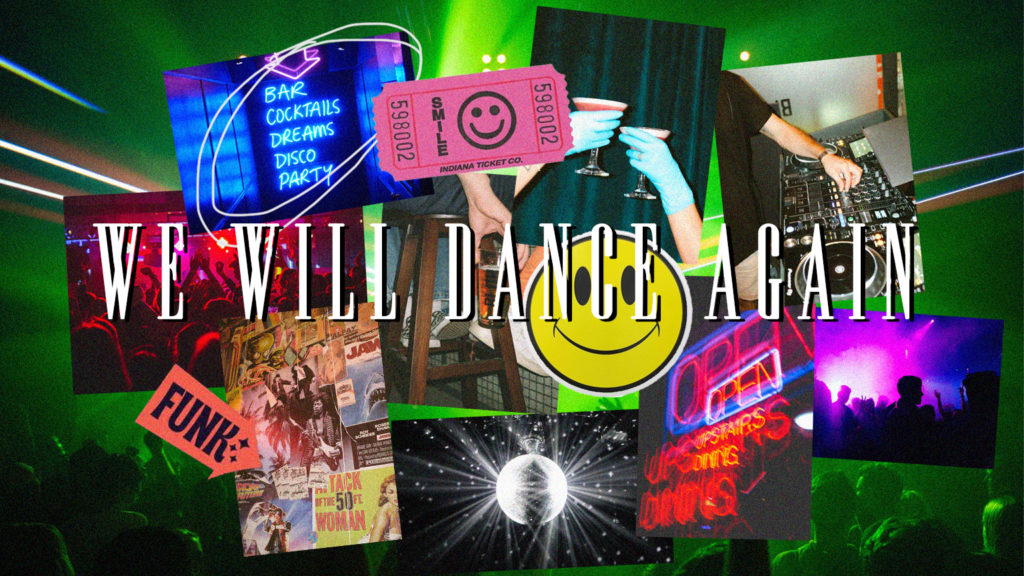 Bailar, Dansant, Tanzen… Dancing; whether you’re trained professionally, or purely bring the dad moves to the dance floor, it is essential for the soul. Life would not possess nearly as much joy if we didn’t dance at our birthdays, weddings and festivals. HOI urges every single one of you, to grab your dancing shoes, and take over one year’s worth of pent up dancing energy to rendezvous with long lost friends on the dance-floor, and come together with nothing but love and unity, after so much solitude and division.

HOI has had this article ready to go since before the June 21st announcement, and the disappointment we had to delay publishing can only pale in comparison to the collective feelings of the nightlife community. But they have made their voices heard, as millions took to the streets* on the 26th & 27th of June, making history as one of the largest musical street protests to take place in central London.

There have now been confirmations that all Covid restrictions, including that of the reopening of nightclubs, to be lifted from July 19th, 2021. No more masks… get those facials in and those beards tamed.

The 60,000 fans gathering at Wembley for the football, 21,000 per day at Wimbledon for the tennis, and 12,000 per day at Royal ascot being allowed, whilst nightlife has remained shut, has been the final straw for the industry. The peaceful and joyous atmosphere of last weekend’s revelers simply goes to show that coming together in celebration of life and music is nothing but positive for society.

We’ve put together a list of venues hosting what will no doubt be some of the biggest events in London since Summer 2019. Keep an eye on event and ticket details however, as many are in the process of rescheduling and reconfirming final ticket sales.

Get ready to celebrate your release back into the wild city lights of London’s world class music and nightlife scene Kids, it’s time to dance! 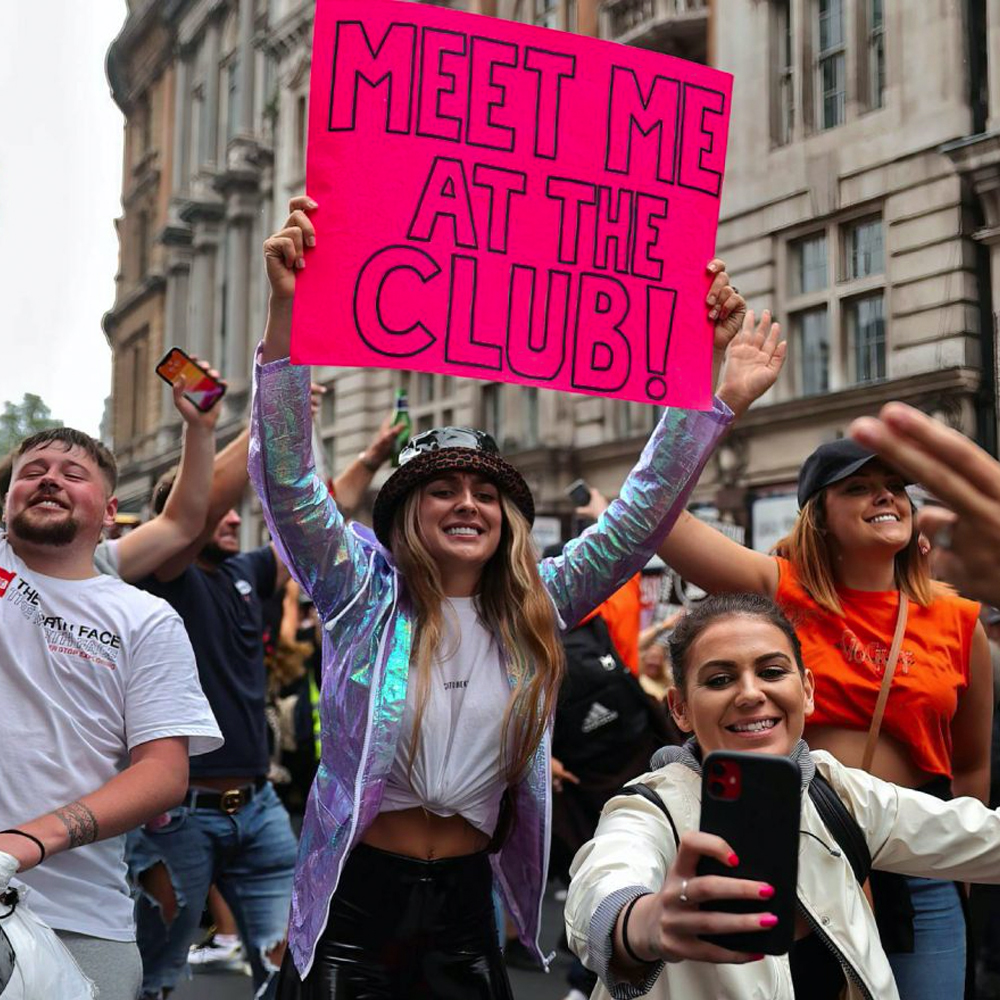 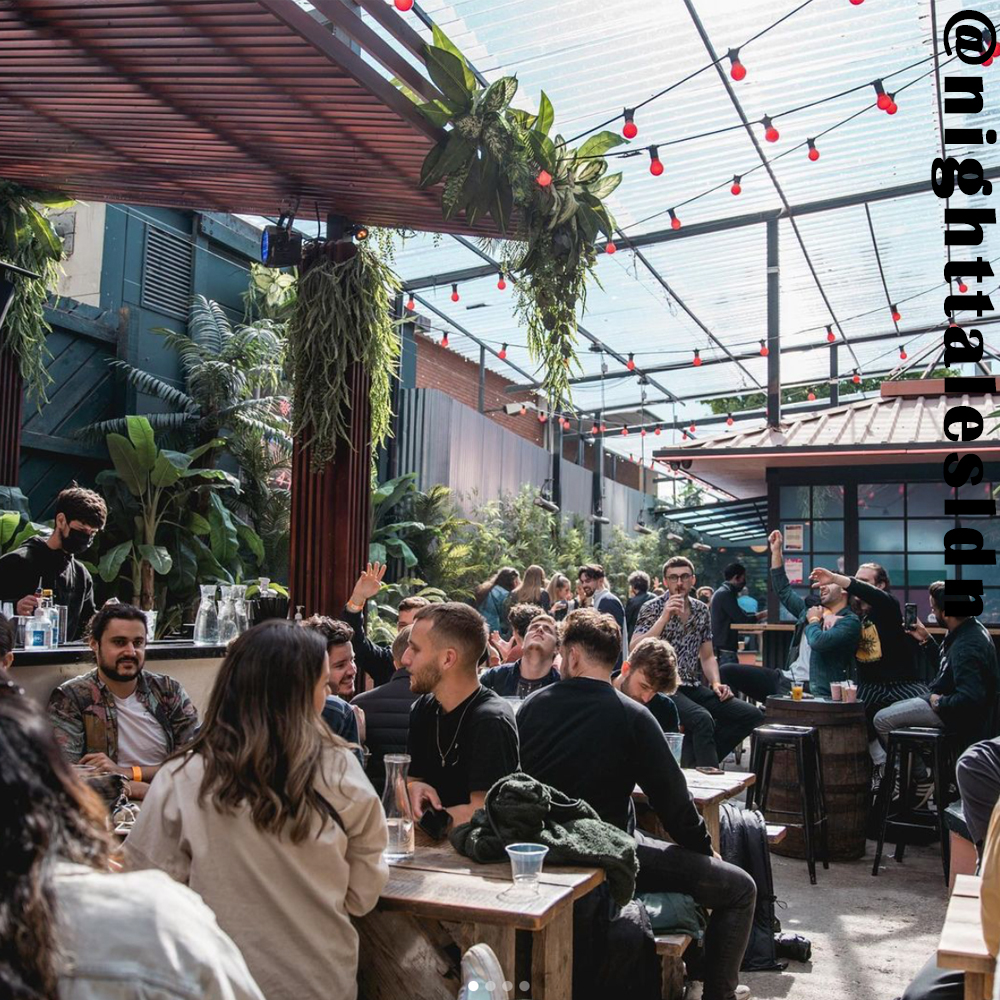 A street party, a hidden terrace, a lounge, and a railway arch nightclub…All in one place. Need we say more? This is a venue which creates an atmosphere like no other. From Gorgon City to Ben Pearce and any/all other notable DJ’s in between – the venue hosts a variety of genres, covering day, and night events. Countless unmissable events are set to be held at Nighttales this summer – think Disco day party, Techno late nighters and everything in between… but tickets are going like hotcakes so check availability well in advance.

If you haven’t heard of this one quite yet, we welcome you to the world of nightlife as you must be new to it. Fabric is not only an institution of London nightlife, but of GLOBAL clubs, being voted 1st and 2nd best nightclub in the world for 4 years. The brand has managed to create and maintain what can only be described as the original Superclub in London’s humble urban jungle. We couldn’t think of a better place for the serious party goers to celebrate the reopening of clubs. Tickets still available for Reopening dates.

Established in 2019, The Cause is part of a growing breed of warehouse clubs in North London, with a newer outdoor area, brilliantly named, Costa Del Tottenham, the vibe is reminiscent of Ibiza’s old school Space nightclub – (now Hï Ibiza.) . If you just want to get away from it all and dance into the early hours, this is the one for you. The Cause is A HOI favourite due to their charitable donations to mental health organizations, and general community spirit. If you haven’t ventured north to discover this addition to London Nightlife, (It’s on the Victoria line so we’re not sure it counts as ‘venturing’,) It’s on the top of our HOI list for this summer. Bookings required.

This one is genuinely, quite the secret dance floor, not even many living on its unsuspecting doorstep of Kingsland road will be savvy to this club name. Dark, intimate, and sexy – but by no means dingy, this one’s for the ones who can’t quite manage the winding floors and stairways of Fabric, as you’ll find the same music lovers atmosphere, but without the overwhelming scale. Not to mention, wait for it… There’s a gorgeous little rooftop for pre-drinks or that time out from the dance floor. Tickets still available for reopening parties.

Think 1980’s-90’s NYC, Studio 54 vibes, and mélange it with London’s queer AF Soho spots… All in the most extravagant, part-time gentleman’s club, you’ve ever set foot in (yes it’s also a strip club, hence the interiors). There are 5 floors, 1 of which is private (there may or may not be a Jacuzzi,) and the other 1 of which (a chic uni-vibe basement cheese-music corner,) is not always open. The other 3… Involve; an epic pole dancing platform, a room full of sand, and cars converted into private seating. Honestly, just go and see it for yourself. Not only is it fabulous, but the vibe guarantees a fabulous night out.

The music here is all about Disco, and throwbacks. Event tickets available from July 31. 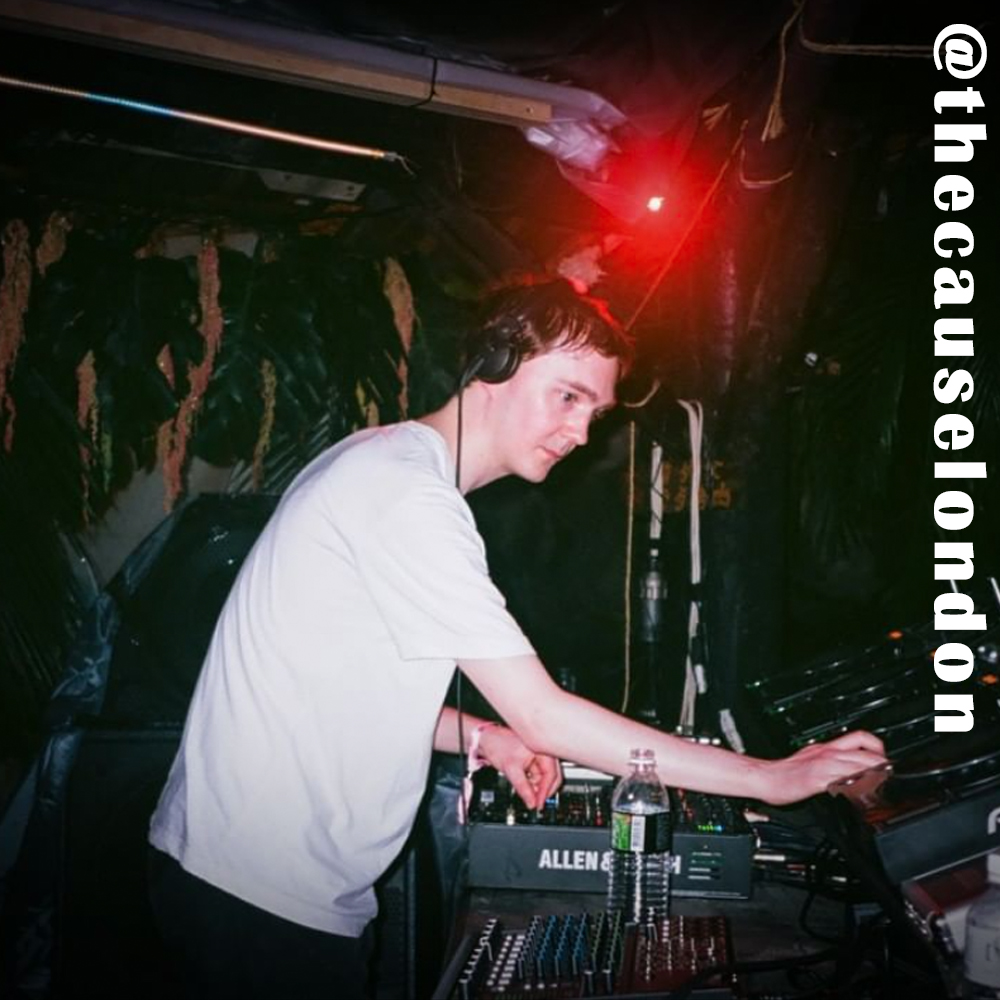 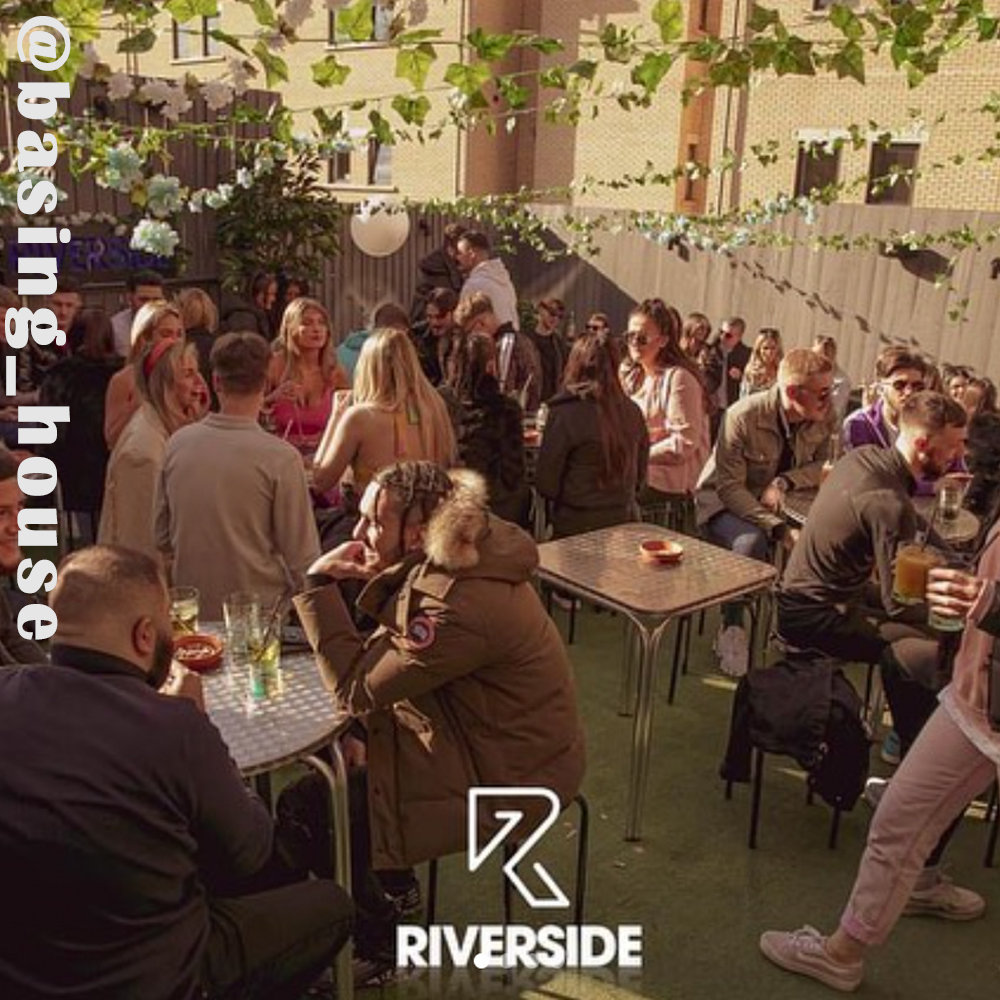 Up there with south London’s only acceptable and non-sticky floored, indoor nightclubs, (we know you know we’re talking about Clapham’s Inferno, don’t pretend…) Phonox is an easy choice. It’s spacious and sexy, with enough room to dance with your mates and get messy with the crowds too, if you so choose. You’ll discover amazing unknown Dj’s here, as well as secret sets – or post gig sets from the nearby 02 Brixton Academy. Tickets here usually sell fast however – there are tickets still remaining from 3rd July.

Anyone from the W/SW postcodes will probably have left this page by now, we all know they’re not leaving Chelsea. We purposefully left out the West End in this round up, because if you go out in Central London, you likely go out strictly in the west-end, and already have a favourite spot. What can we say, we know you too well, kids. However, we do have some exciting West-End news if you hadn’t already heard…

The Windmill in Great Windmill street of Soho, established in 1909, is now in the capable hands of London Nightlife entrepreneur Ryan Bishti @Ryanbishbash. Ryan is owner of Cirque Le Soir, Restaurant-come-club Restaurant Ours, amongst other venues and hotspots under the Cream Group umbrella.
The Windmill has served as a Theatre, a Tableau Vivants venue (we looked it up – it basically means strip club, but in very tasteful and artistic terms, as per the usual French joie de vivre…surely you can work that one out,) and a Cinema. We suspect that Ryan aims to make the venue into something Soho, and London, have never seen before, and we are all for it, in support of the injection of fresh blood that the nightlife scene here in our thriving city so desperately needs.

Due to the obvious, there is no grand opening date for The Windmill as of yet – however we have our eyes peeled for what is set to be the next London nightlife institute. Back in 2019 Bishti stated: “This is an iconic site that has survived world wars and we will be sympathetic to its history, lovingly restoring and keeping some of the building’s original features, including the famous Windmill neon sign that has illuminated the streets of Soho for decades. But it will, also be brought into the current age with a huge refit, and will be London’s most impressive nightlife venue.” Alright Ry we believe you. And we’re ready for it! 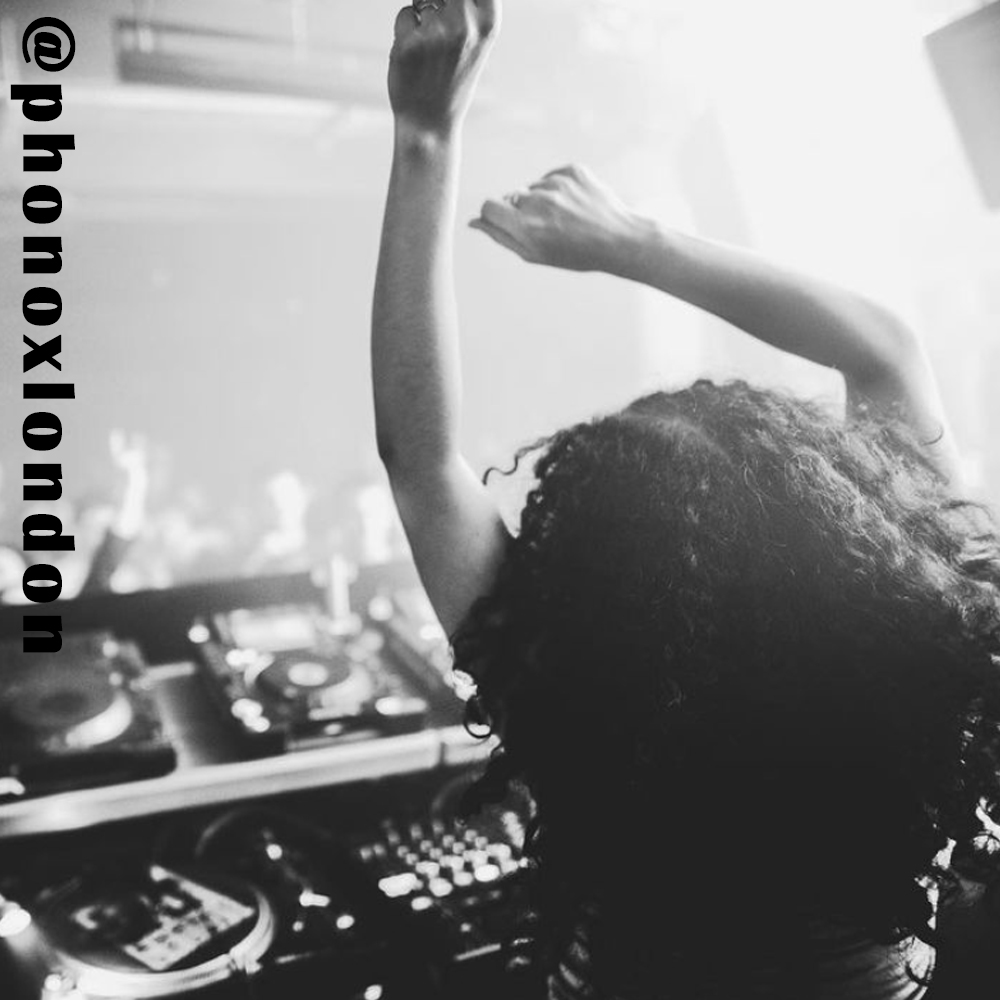 We’ll leave you with an all too inspiring quote from the King of Pop and impossible dance moves himself; MJ…

“Consciousness expresses itself through creation. This world we live in is the dance of the creator. Dancers come and go in the twinkling of an eye but the dance lives on. On many an occasion when I am dancing, I have felt touched by something sacred. In those moments, I felt my spirit soar and become one with everything that exists.”