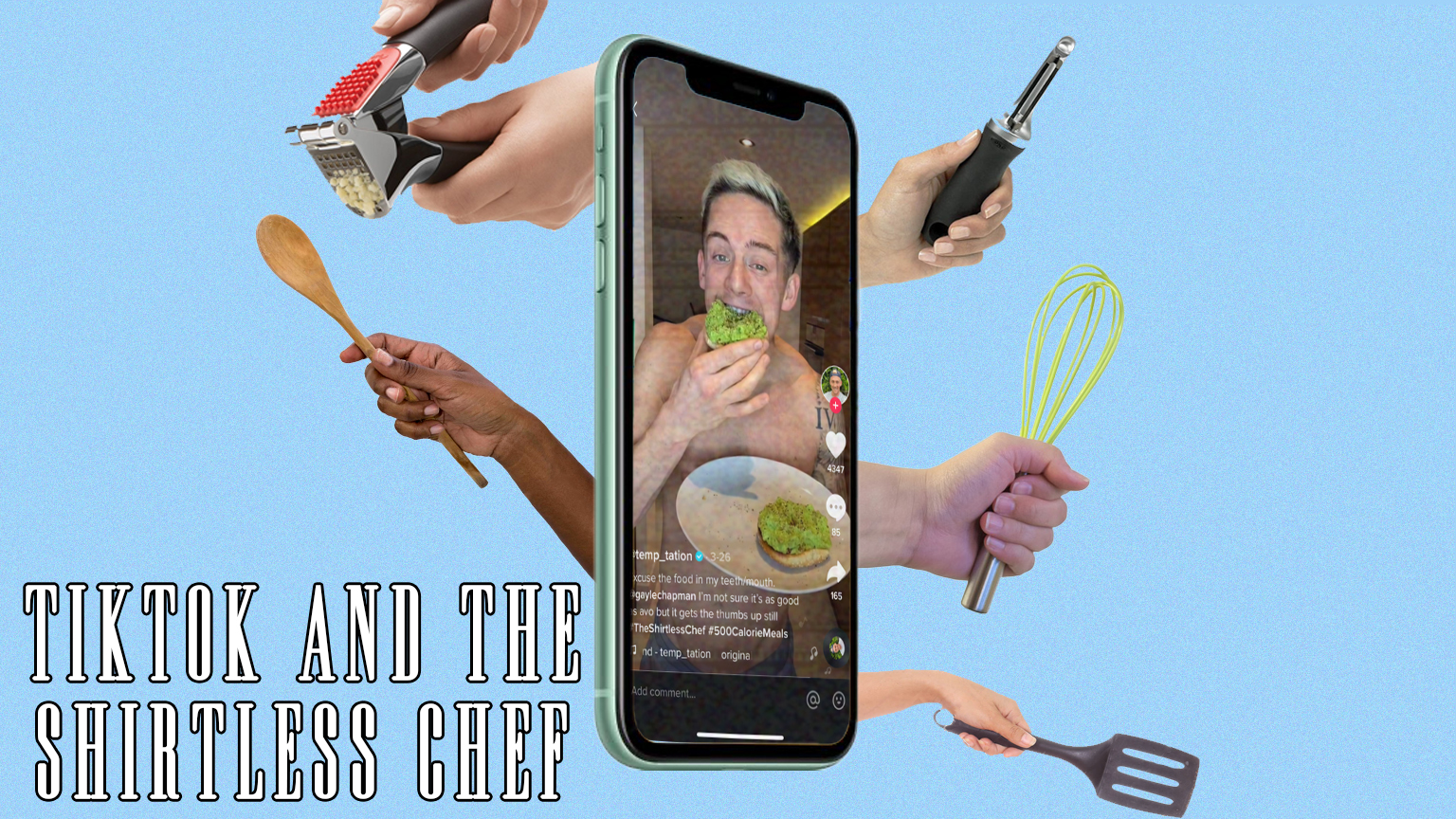 David Templer aka The Shirtless Chef, is an entrepreneur with a twist. Starting his journey in the business and corporate world, he gave it all up to pursue his passions in fitness. With the help of popular social media platforms Instagram and TikTok , he has created a platform balancing lifestyle with fitness, drawing in an audience of hundreds of thousands. With over 6.9 MILLION likes and 320,000 followers on TikToK and nearly 20,000 followers on Instagram it’s safe to say his move was a successful one. I sat down with him to discuss how it all began, the journey and his top tips.

Rachel Rose: To start with, for anyone who doesn’t know you, your journey and how you got started, tell us a bit about your background and how you got into social media?

David Templer: I studied international business and marketing and got a first-class degree, soz about me, and just went down the route that I thought I was supposed to; finish university, go and get a graduate scheme and then work for the rest of my life, basically. So, got on the graduate scheme at O2, did that for three years, got offered a full-time job and then took a year out to go travelling. While I was travelling, I started my Instagram account and doing fitness, food, lifestyle and built up a bit of a following. When I got back, I was working with these influencers and realised I could do this. I did another year in the corporate world, whilst doing my PT qualification, and was like this isn’t actually for me. So, I quit my job to take the fitness stuff full time. 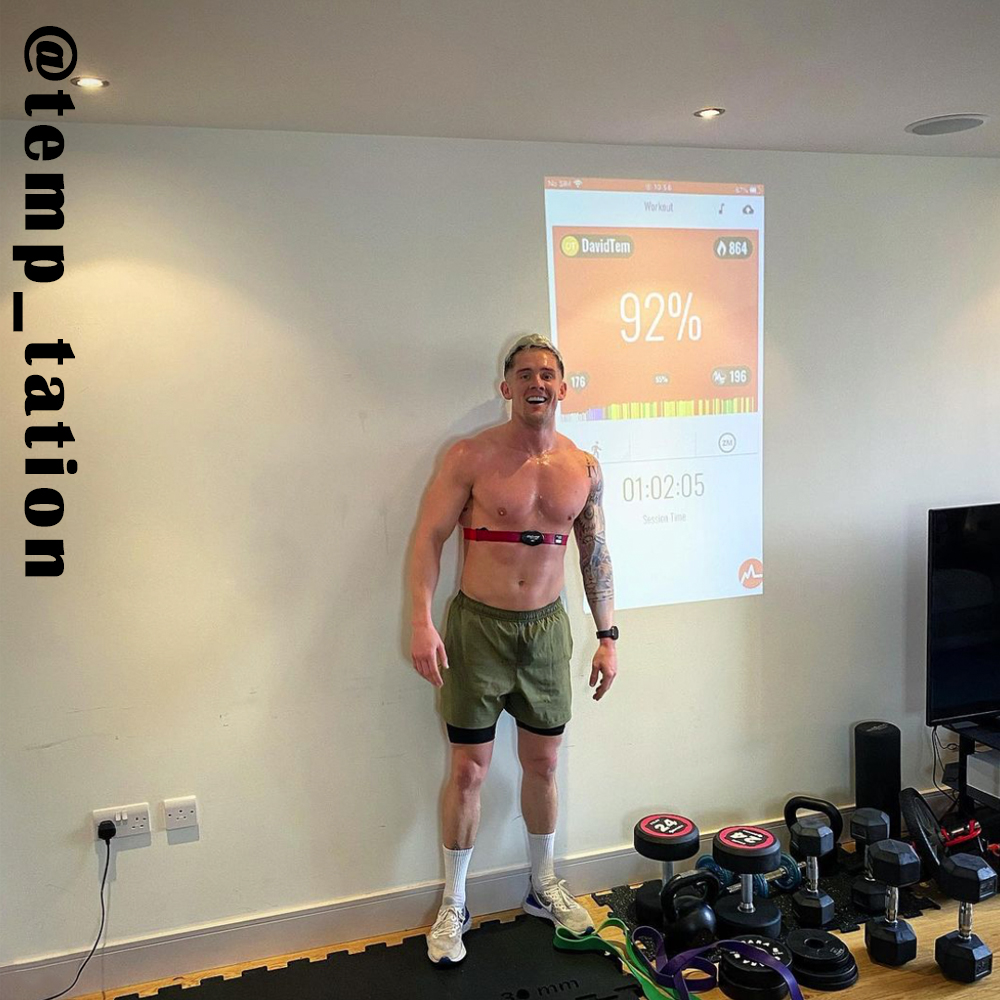 RR: So, that was your steps into social media. You were obviously into fitness anyway before the qualification and in good shape, and while you were away you started documenting 365 days of HIIT, which was your niche market to begin with, what were your next steps after that? Did you go, ok, that worked, where do I go from here?

DT: Yes, doing the 365 days of HIIT, people were loving seeing me travel all over the world, I built an audience of people who liked travel, liked fitness, and in my stories then, I was also showing myself getting pissed at stuff like that, so it was more of realistic approach to staying in shape; I actually stayed in pretty good shape the whole year away. Came back and was like right I’ve got this following now, what do I do with it? So, I started reviewing London classes, YouTubing, and I decided I didn’t want to be stuck in one place so I built my online personal training business. I think I started off making content that I thought people wanted to see, and it was only recently, in the past year, that I’ve started doing content that I like doing and you get more of my personality and creativity coming through so it’s more engaging. I think also, I don’t really care too much about aesthetics on my page, just giving stuff that’s real; you’ll see when I’m having a good day, you’ll see when I’m having a shit day, whatever it is.

RR: People love authenticity. So, all of this started on Instagram and you’ve recently segued over to TikTok, and you’ve developed a huge following there. How and why did you get started? And why do you think you did so well?

DT: TikTok did a campaign, where they were paying influencers to transition over to the app, to make an account and post three videos. They are trying to diversify their audience, so, historically the app was people lip syncing, dancing, stuff like that, they were like, “You’re a personal trainer, can you put a fitness spin on it?”, and at the same time I was on tv for a show called The Big Audition where I had basically, created, The Shirtless Chef. So, I was playing around with content, did some fitness videos which didn’t do particularly well, then did some joke videos and lip syncs and a few of them went viral, but then I started cooking and looped my videos saying “Shirtless Chef Boi” at the end, cutting it so it says it at the beginning as well, and people go mad for it. Also, because I’m making recipes that are easy to follow along and luckily, I was one of the first people making food content on the platform. It is generally a younger audience on TikTok, so I have been mindful about the content I’m creating; some of what I do on TikTok doesn’t connect as well to my audience on Instagram, but that audience has started to transition over, so it’s just being aware of who’s watching and connecting. I’ve posted on social media every single day for the last, probably, six years, I reckon. I’ve done at least one TikTok video every day for the thirteen months I’ve been on it; some of them go viral, some of them don’t, it’s just the consistency, and having the little phrases and taglines like, “Shirtless Chef Boi” and “Ooh Waitrose” sticks in people’s heads. 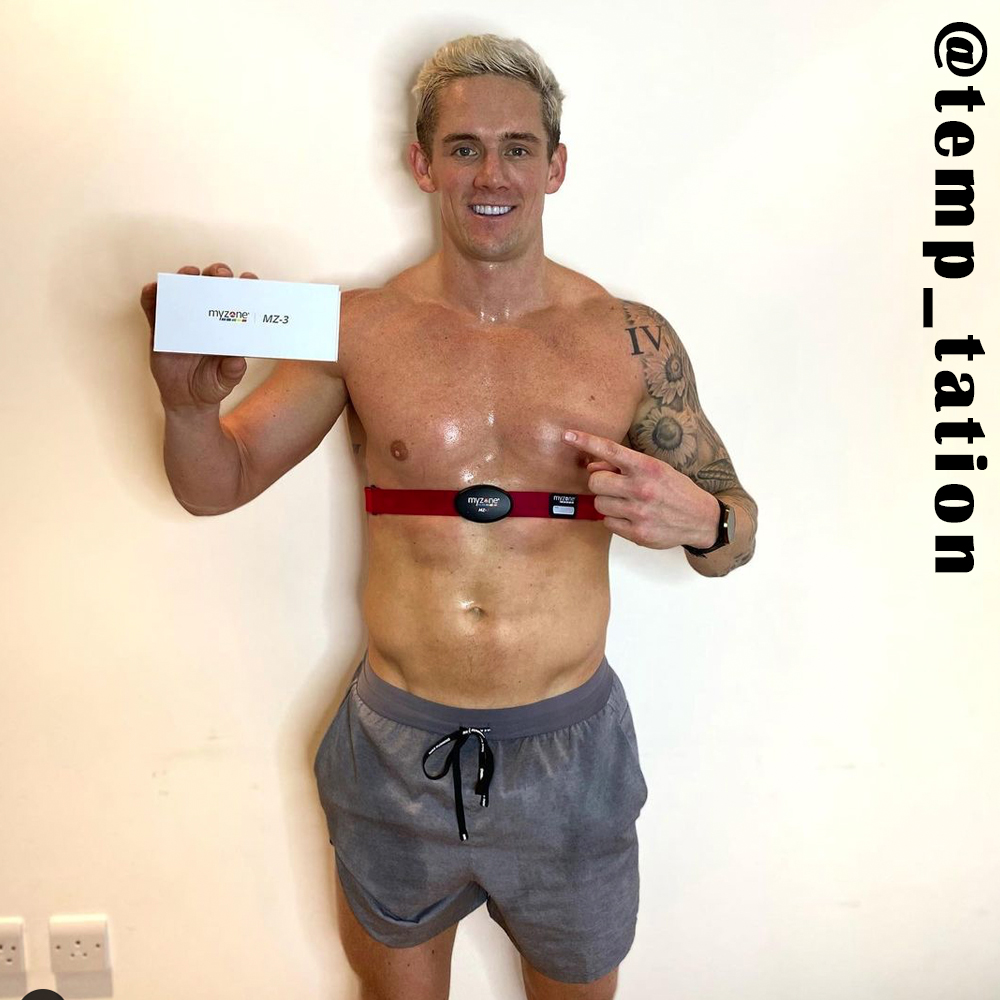 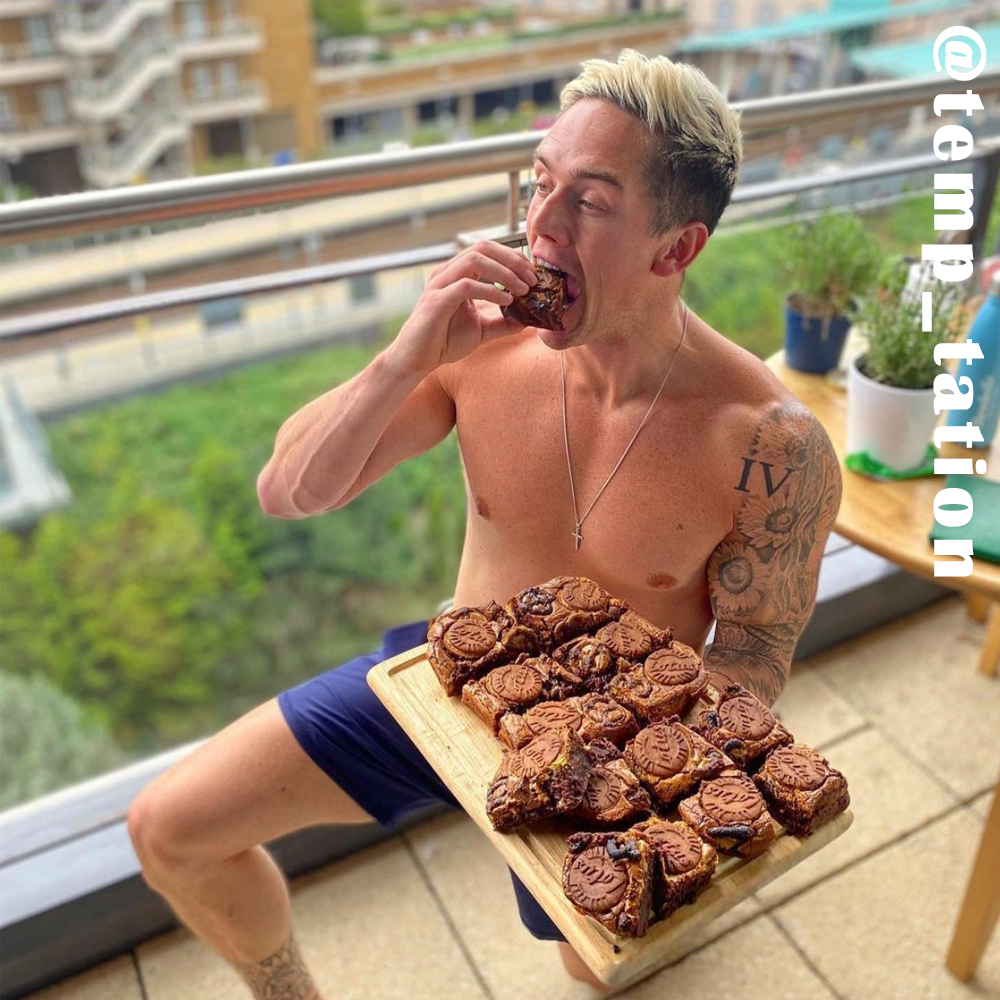 RR: They get stuck in mine! So, with videos going viral in mind, what video or videos have done the best on TikTok?

DT: My car rolling down the hill. So, I got out of my car, parked it, got out, put the code into the gate, the hand break came off, it rolled into the middle of the road and crashed into a car and it’s got like 4,000,000 views on it or something and a ridiculous amount of likes. It’s just stupid. That one’s good and then also I told a joke about my Uncle Ben giving me a packet of rice for my birthday, that one went ridiculously viral. I fucked up a cheese toastie, that went really viral! I did Veganuary and I was like look at this, it’s gonna have a sick crown on it, I did it with vegan cheese and it stuck to the spatula and it just completely fucked up… You’re actually crying?!
(For everyone’s entertainment, at this point in the interview we had to pause because I was crying with laughter. I feel this sums up David to a T; brilliant, totally authentic, funny and unafraid to show his mistakes… mistakes that have become famous).

RR: I don’t feel like any of this showcases how intelligent, brilliant or talented you are (I’m still laughing).

RR: So, would you say that the key to success on TikTok is consistency?

DT: Yeh I am growing like 40k a month at the moment, consistently and a lot of people have been using the platform for a long time and theirs has gone pretty stagnant and flat and the good thing is, that although those videos have gone viral, I’ve never had one that’s mad viral, and you get loads of followers and then they all drop off. I’ve never had a drop; it’s always been consistent on the upward trajectory.

RR: What do you think the difference is between Instagram and TikTok?

DT: I think TikTok, as a platform, gives you the opportunity to grow, whereas Instagram is trying to monetise reach. So, for instance, back in the day, when I was travelling I was posting loads of pictures of the Philippines, and no one had really been to the Philippines when I was there, so they were going viral, I was getting loads of likes and engagement of the pictures and a fair amount of followers, but now, it feels like Instagram is restricting the amount of reach you get organically to make you pay for sponsored ads. Whereas, TikTok you could sign up today, make a good video and it would go viral and everybody would see it, so I think as a platform it’s made for creatives.

RR: Do you have any advice for anybody who wants to use social media to promote themselves or a business? 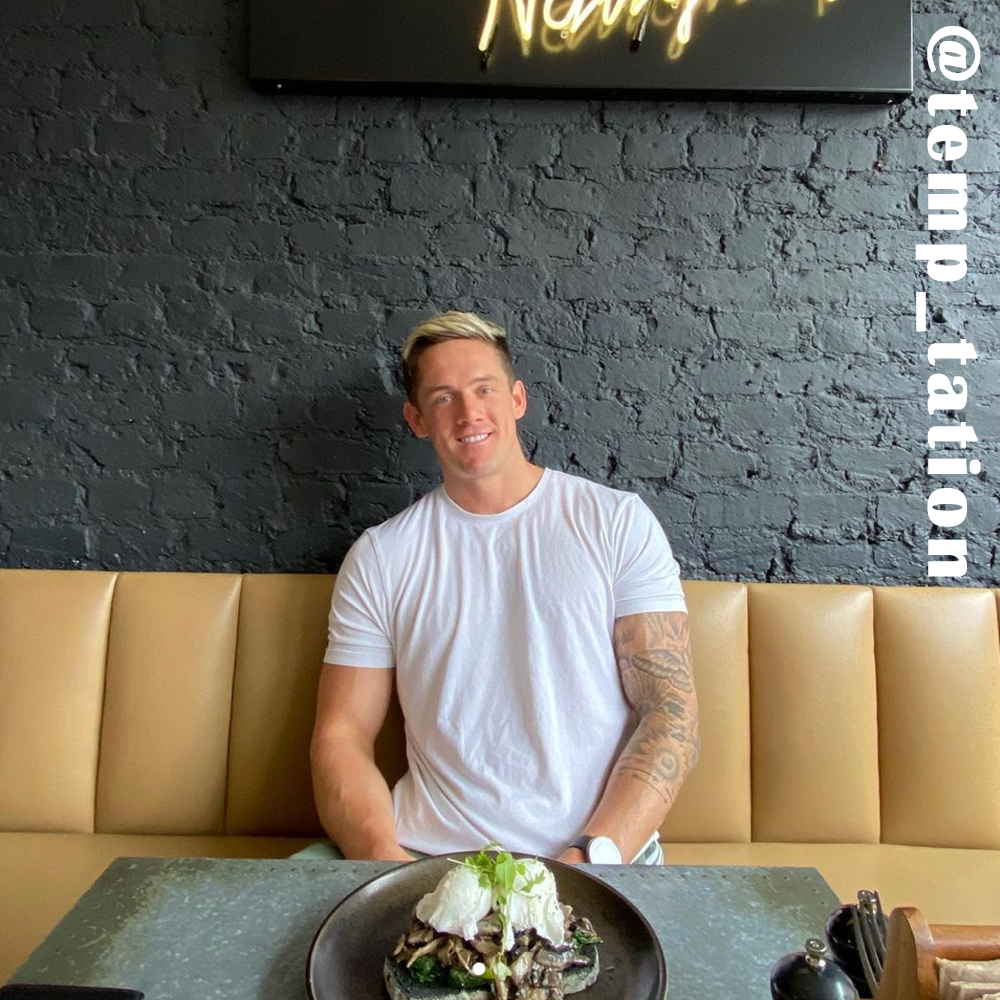 DT: I think the main thing is, try and have your own authenticity and your own brand and do your own thing; don’t try and copy other people because it’s just so see-through. Don’t expect anything to happen overnight, people aren’t just gonna be like “Oh, cool this kid’s doing this” it takes a little while to generate that momentum. So, it’s being consistent with that; don’t just post any shit, try and add value to everything you’re doing and value is a very loose term, because sometimes, people just want a laugh. Whatever it is, you need to be thinking, is anybody going to benefit from this. There have been so many times where I’ve just thought, “what am I doing?!” and it’s only been in the past year I have been able to make some serious money from it. I think people are too quick to want stuff straight away, you’ve gotta work for it, whilst having fun with it. Be passionate and don’t give up!

Great advice! If you want to check out what he is up to follow him on Instagram and TikTok