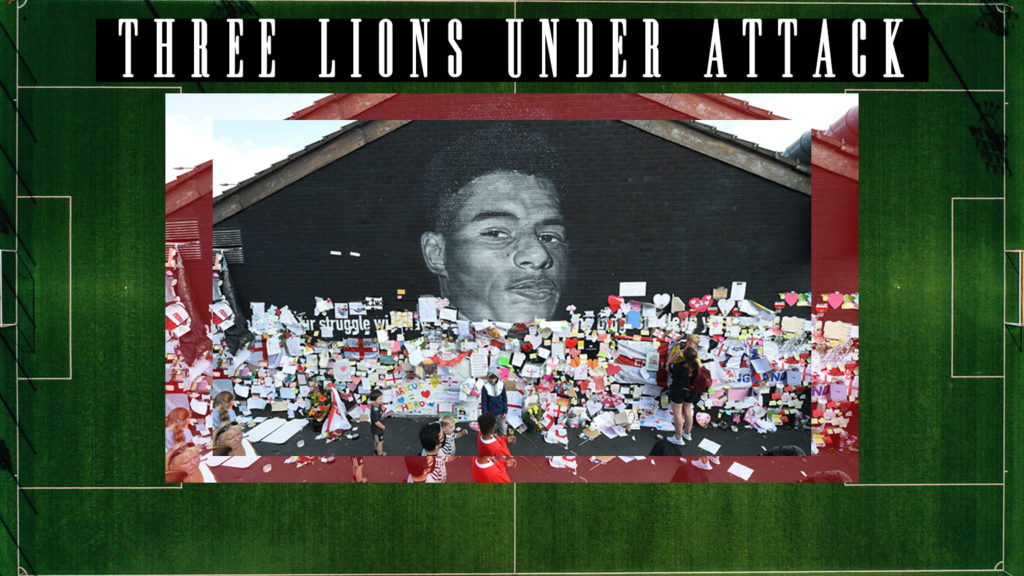 On Sunday 11th July 2021, the England football team made history. The delayed 2021 Euro took place, and for the first time in 55 years, the English team were in the final.

After a year of anguish, fear, pain, isolation, being tested as a nation, we were finally united by 26 young men, a pitch and their manager and leader Gareth Southgate.

It seemed for a short while the divide had ended. We were together for one main purpose and one main goal (pardon the pun) we all wanted it to come home!

The young team made us proud. Playing beyond their years in skill, talent and maturity under the watchful eye of Gareth Southgate who understands not only the pressure, and excitement of playing in a tournament of this size but also the pain of loss. In 1996, he missed a penalty against Germany which cost England the game.

When he was interviewed pre and post-match, he always had compassion, calm, understanding and total belief in the team. It was an amazing journey to witness, and so much excitement to get to the final. But like any sport, it can go either way on the day. It bled into extra time and into the dreaded penalties. Some were saved, some were lost, some were scored and in the end Italy won. It was so close.
Three of the English lads didn’t manage to score their penalties and when the final whistle blew, the pain and heartbreak was evident. A nation was united in pain…. Or so we thought.

In 2020, we interviewed premier league footballer, Burnley striker, Chris Wood about the effects of social media in sport, and the precautions and actions he takes to protect himself from the “fans” on his social media, if the team should lose a game. At the time, although it was imaginable, it wasn’t highlighted on a large scale, this week we have now seen it play out in the most horrific way.

Suddenly, the hate speech and racism began. Instead of showing support for Jordan Sancho, Marcus Rashford and Bukayo Saka, who stepped up to the plate, some people of this country took to social media to channel their anger at the players using the colour of their skin as ammunition. (We at HOI have a ZERO TOLERANCE policy for racism, and we will not repeat what was said; we won’t give a bigger platform to hate, nor will we risk upsetting anyone further.) 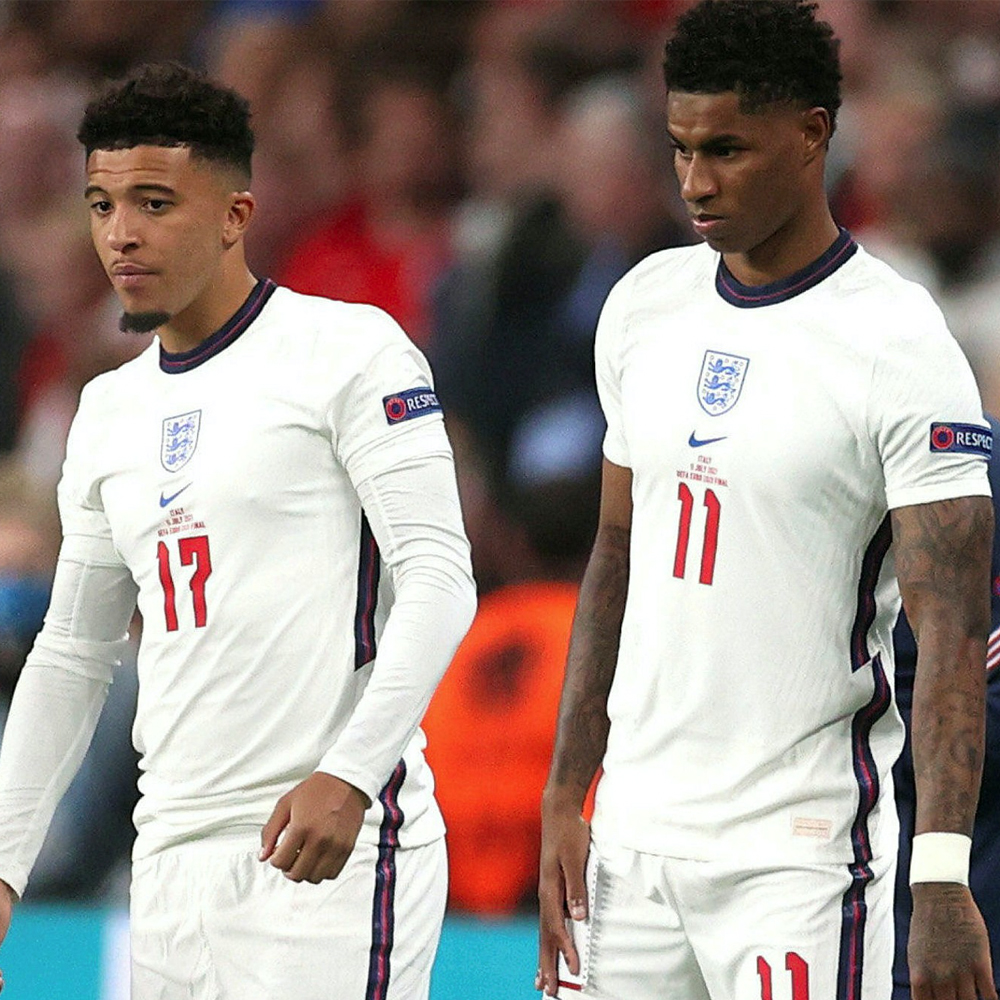 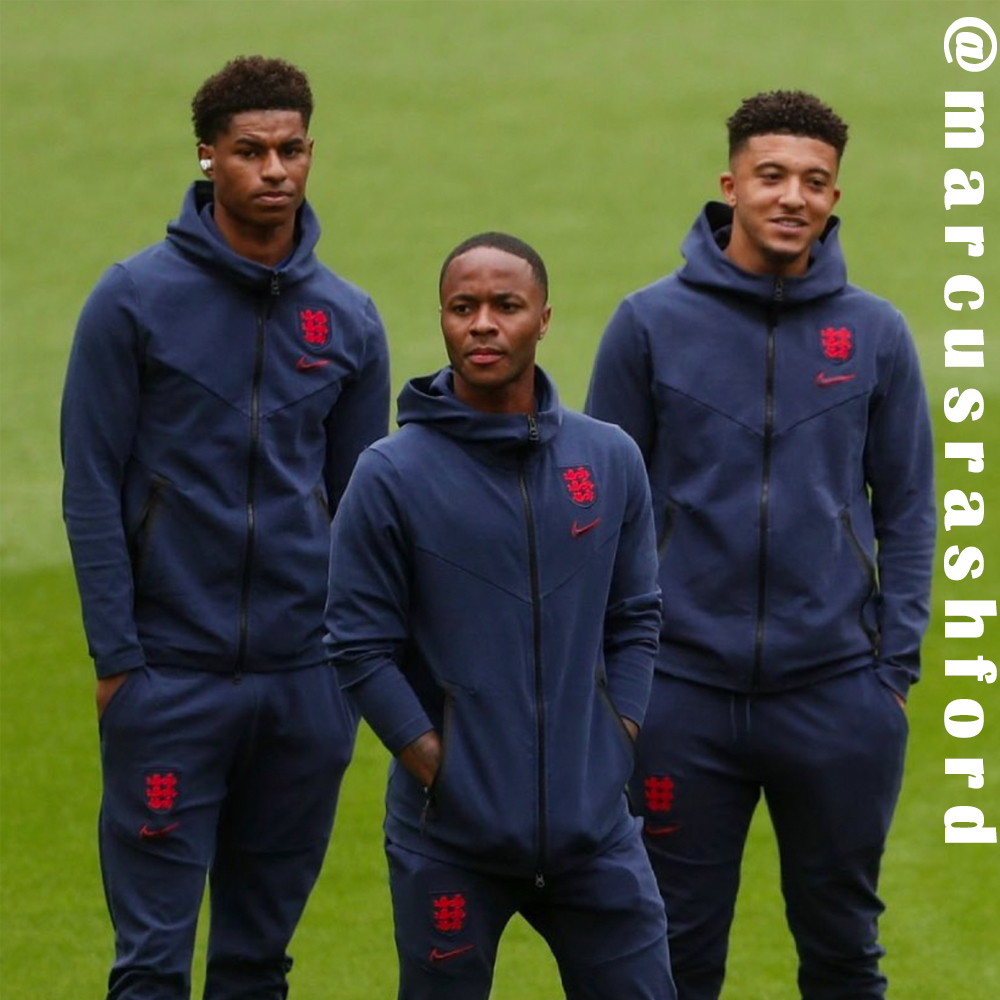 Before every game, the players take a knee, and to make a stand for Black lives, the aftermath of the game has showcased why this is STILL a necessity in 2021. Men and women have to fight against discrimination based on the colour of their skin and it is fundamentally unacceptable.

Marcus Rashford took to his social media to say, “Humanity and social media at its worst. Yes I’m a black man and I live everyday proud that I am. No one, or no one comment, is going to make me feel any different. So, sorry if you were looking for a strong reaction, you’re just simply not going to get it here. I’m not sharing screenshots. It would be irresponsible to do so and as you can imagine there’s nothing original in them. I have beautiful children of all colours following me and they don’t need to read it. Beautiful colours that should only be celebrated.”

Spoken like a true gentleman, and role model and someone undeserving of any abuse, especially that which relates to the colour of his skin.

What we have witnessed this week is social media being a platform used for the WORST kind of influence, but it is being counterbalanced by some of the best. An outpouring of love and support for the team:

Marcus Rashford MBE on Instagram: “Overwhelmed. Thankful. Lost for words ♥️🏴󠁧󠁢󠁥󠁮󠁧󠁿”
Little Mix on Instagram: “If you do not stand up against racism, you are also part of the problem. What these young men have had to deal with is beyond disgraceful.…”
England football team on Instagram: “Our three lions. ❤️ • 🎨 @reubendangoor”

for acting against racism, for showing allegiance and alliance, companies are being contacted to ‘out’ their racist staff members and taking action. Savills estate agent, Andrew Bone, has been suspended pending investigation for his racist tweets after the match, ‘comedian’ Andrew Lawrence has been dropped by his agent and had his shows cancelled by all venues after making racist ‘jokes’. People are using their social media for good to counteract those using it for bad. 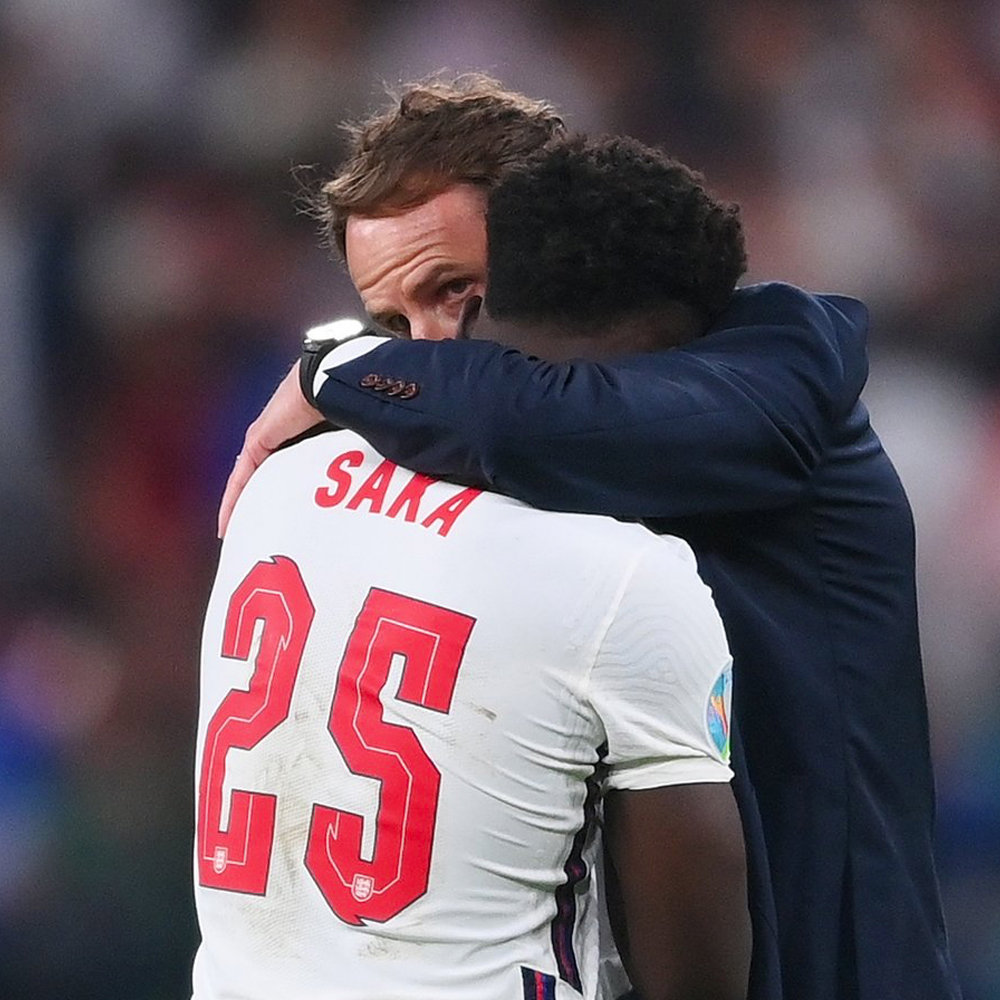 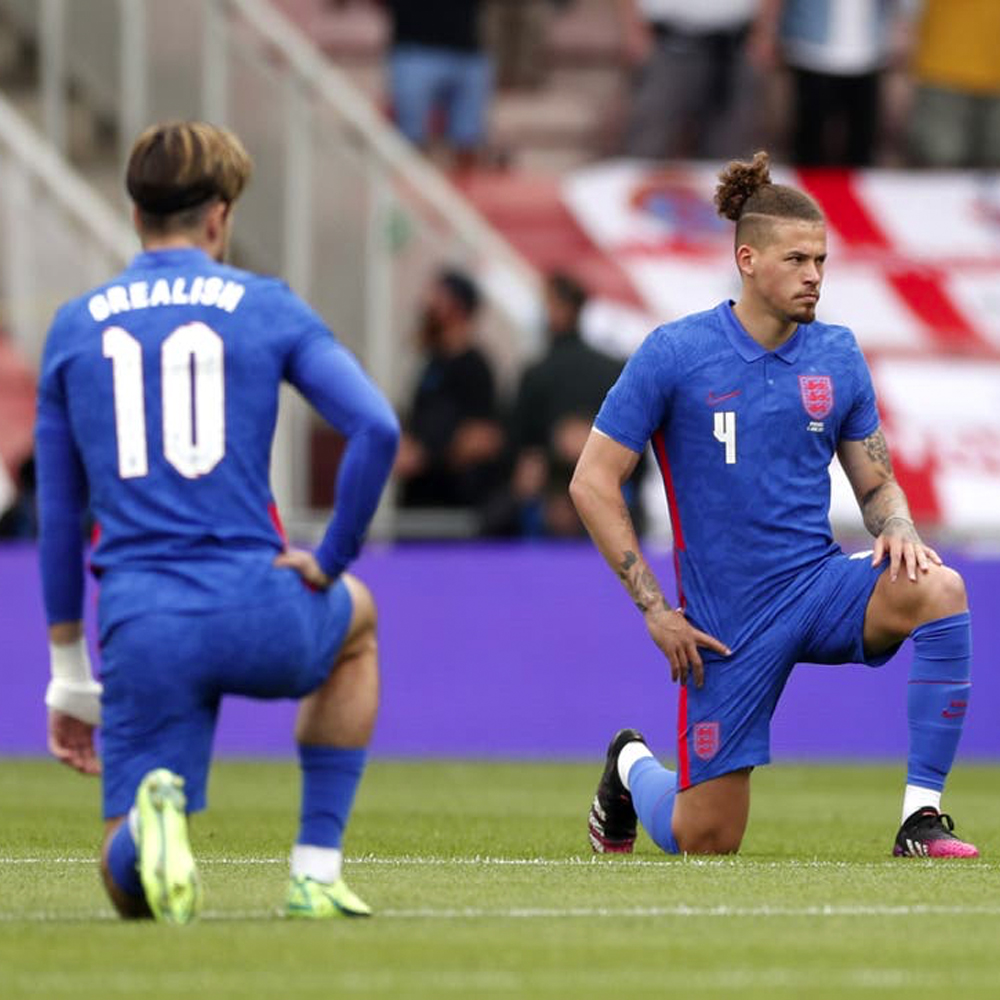 We should not be living in a world where this is something that needs to be done, but we here at HOI will champion the people of this world trying to make it a better place, we will fight against the hate, and we will do our part to make sure it is not something that continues.

We believe social media platforms need to do MORE to protect its users from this kind of abuse; if songs can be found in moments and the content blocked for copyright, and talk about Covid can be flagged in an instant, isn’t it time racism, hate, bullying, misogyny and homophobic behaviour was culled just as fast? 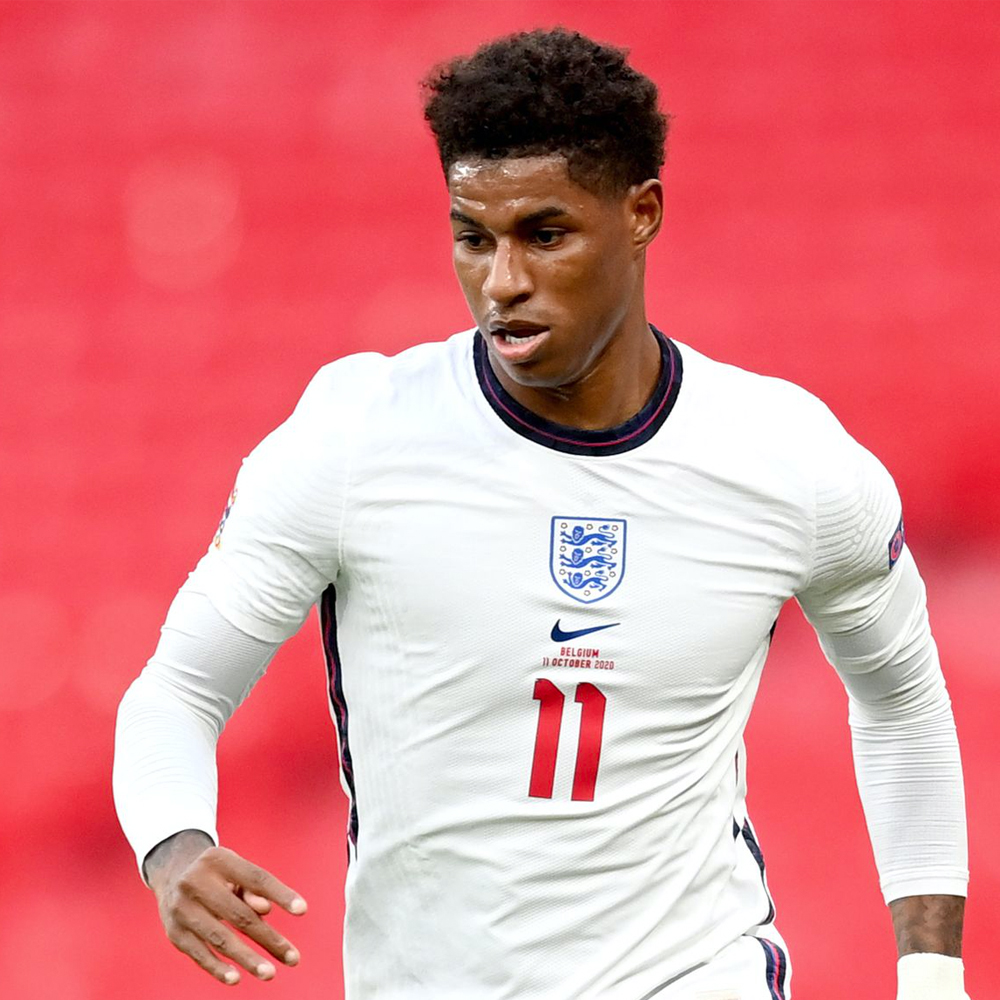 At HOI, we found the petition for social media companies to take a stand and make the users of the platforms only able to use the sites by signing up with identification. With well over half a million signatures, could this be the way forward?… The link to the petition is here.