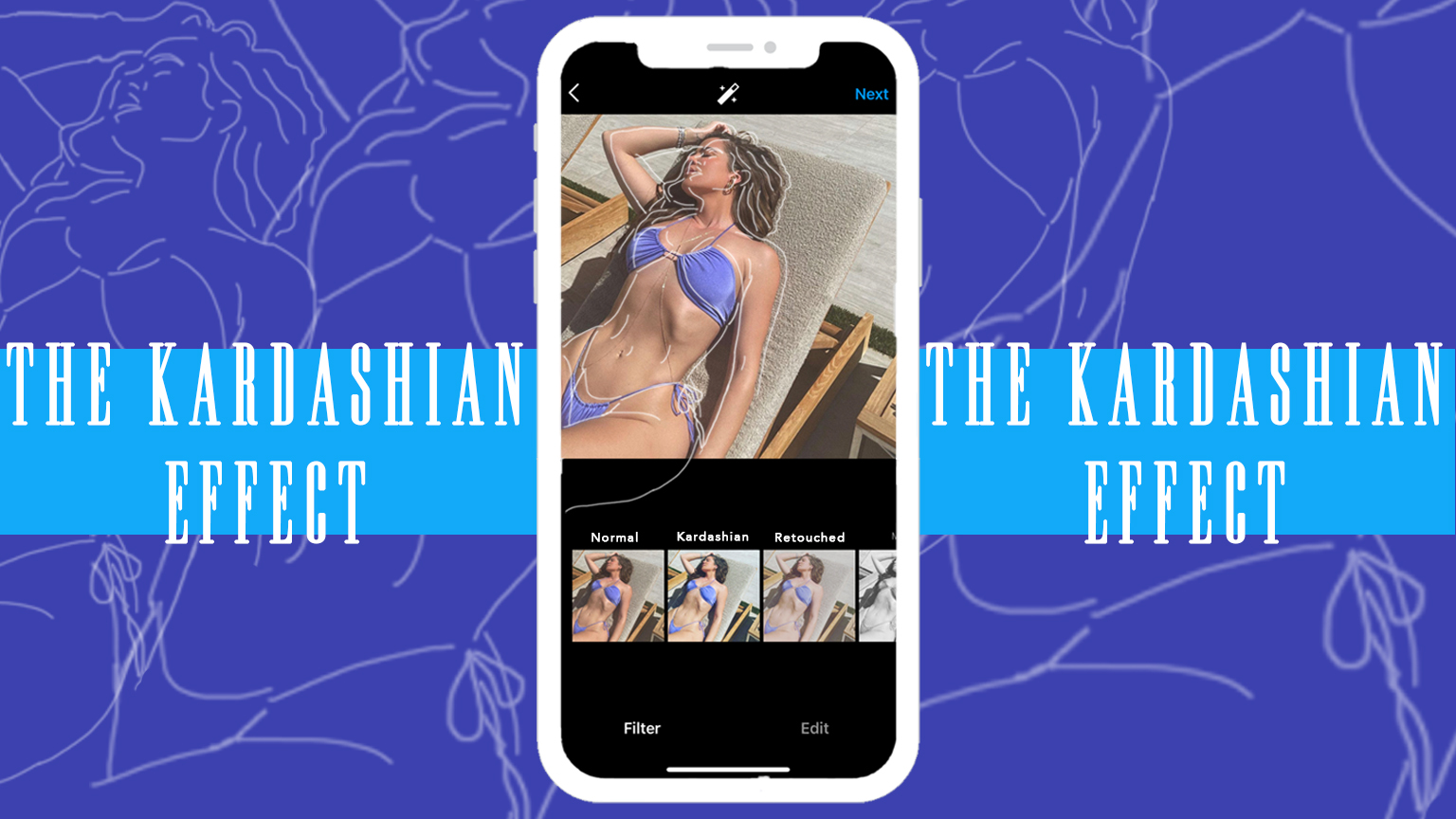 The most recent Kardashian ‘scandal’ has raised one of the biggest influencer issues of current times; body image. An image was posted online of @KhloeKardashian, at a family gathering. The elicit image was published by an unconfirmed member of the Kardashian family/team themselves, and is what we at HOI would describe as simply; a fabulous woman, living her best life, in her bikini by a pool.

The picture gained a lot of attention online by news outlets and followers on social media, commenting on how different Khloe looked to the usual images she posts herself. The reason for this reaction is that it is a seemingly unedited photo, which is not something the general public are accustomed to seeing when it comes to any members of the worlds’ most famous family.

This does not excuse any malicious or hurtful comments from trolls, however, is Khloe’s reaction conducive or damaging to a healthy standard of body image? And, what IS Khloe promoting when it comes to body image?

In response to the published photo and it’s removal by Kardashian lawyers, Khloe took to Instagram and Twitter to release her statement. We took a look at segments of her statement, to analyse the message being sent.

“Hey guys, this is me and my body unretouched and unfiltered. The photo that was posted this week is beautiful.
But as someone who has struggled with body image her whole life, when someone takes a photo of you that isn’t flattering
in bad lighting or doesn’t capture your body the way it is after working so hard to get it to this point – and then shares it to the world – you should have every right to ask for it to not be shared – regardless of who you are.” 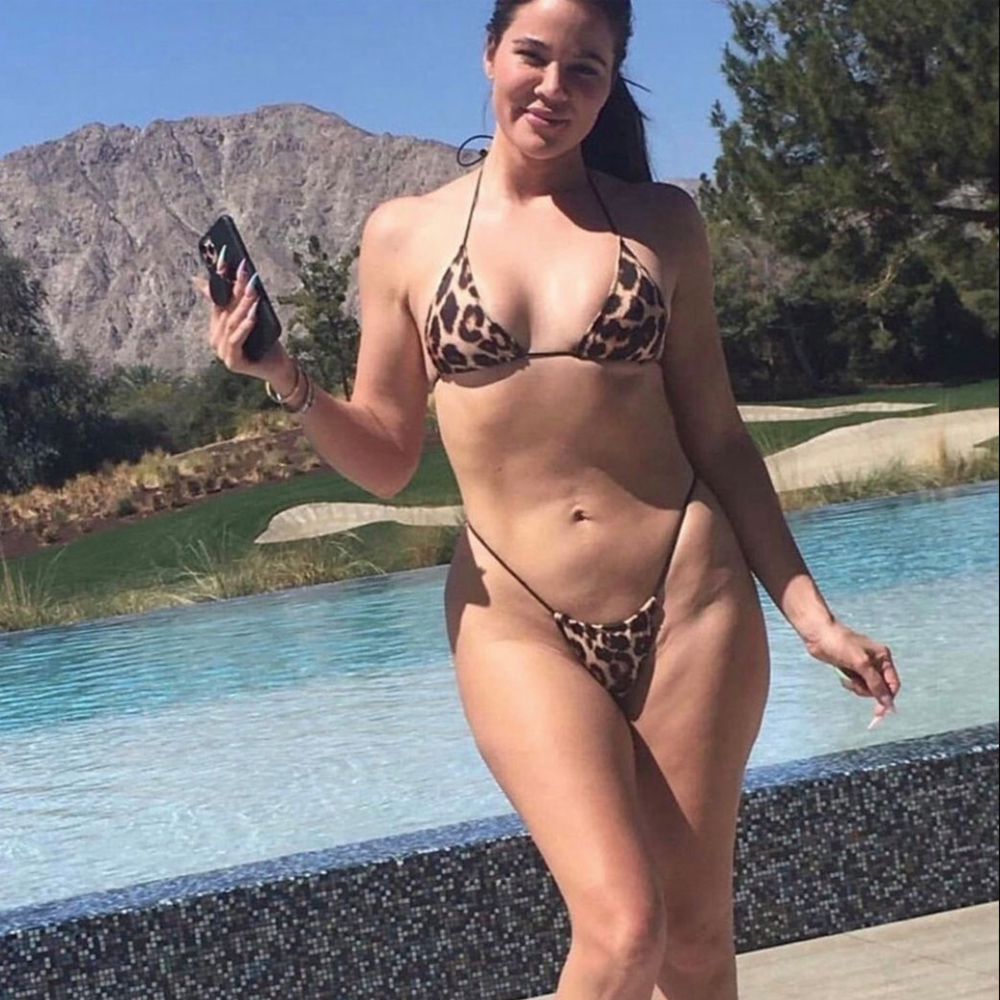 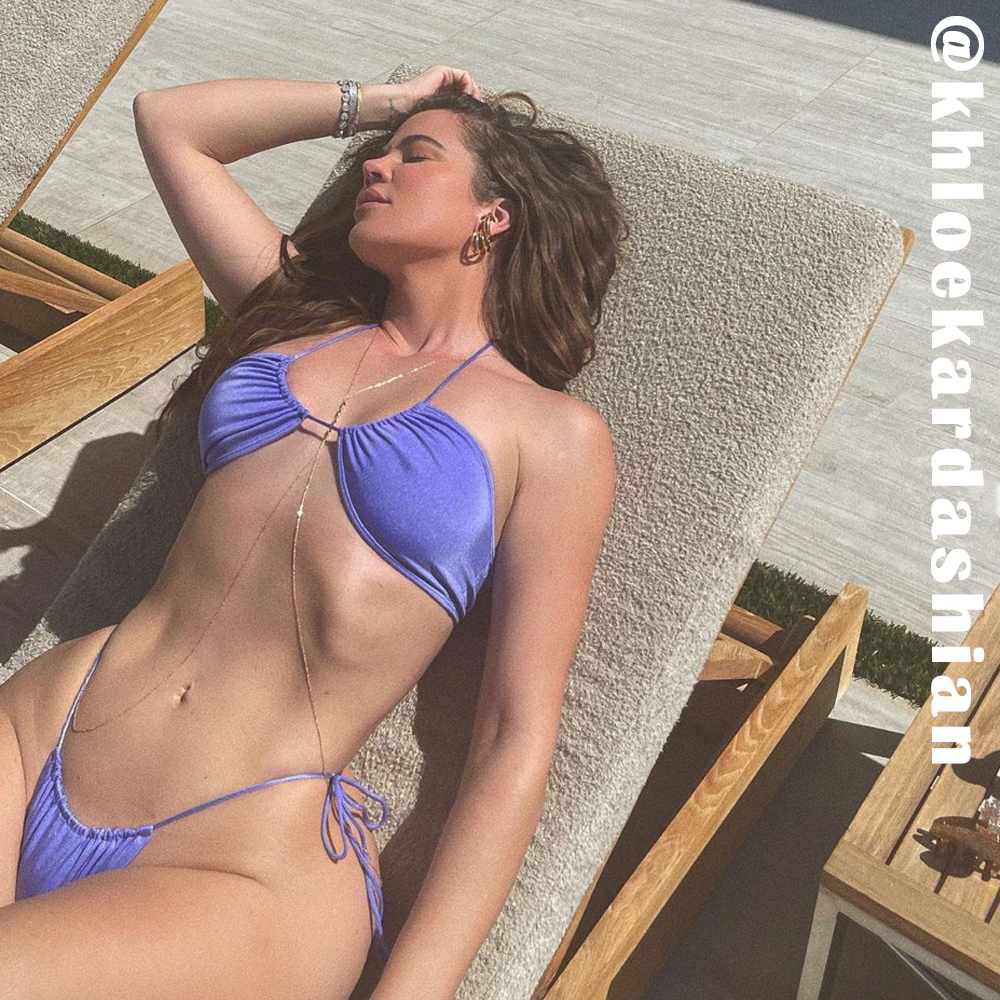 We can’t argue with that Koko! She accepts that it was a perfectly beautiful photo, and she absolutely does have every right to choose which photographs are released or not. Her lifestyle and scrutiny within the public eye cannot be a simple one to live with. Despite the trolls, we at HOI believe that there are so many of us who can relate, and want to support Khloe in her battles. But, if we focus on her responsibility as one of the biggest influencers in the world, is this reaction setting the example of #goodinfluence?

The message being publicised seems to be a little bit contradictory and confusing; Khloe feels she must attain physical perfection at all times, due to her fame. So, she worked hard to get the perfect body, and still gets criticised for her appearance being fake or altered. As a result, she won’t allow certain photos of herself to be published for fear of appearing imperfect…

Sorry Khlo, we’ve got your back, we really do! But we’re not sure you’ve got your own back, girl. How can we support you in all your authenticity, if you run away from the prospect of being seen in an authentic light? Khloe in particular has actively associated her own personal brand with physical appearance in terms of promoting her gal pal @Malika’s waist trainers, which are infamously questionable in terms of achieving an exaggerated waist-to-hip-ratio. We can’t help but ask of Khloe, are you practicing what you preach?

Many female public figures who are fighting to push for better beauty standards today through their social media platforms have responded. There is all round compassion – however also largely a tone of disappointment in Khloe Kardashian’s failure to battle those online body image demons, which have caused much of her own distress. 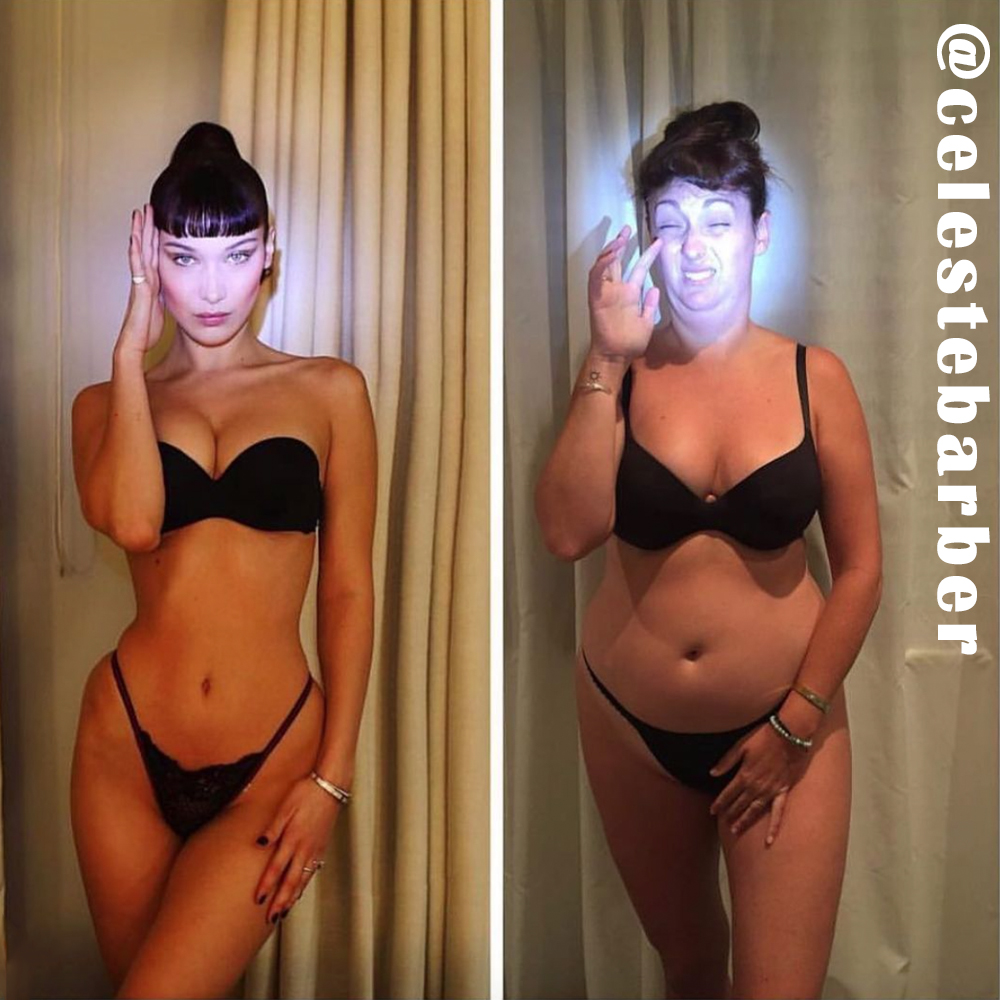 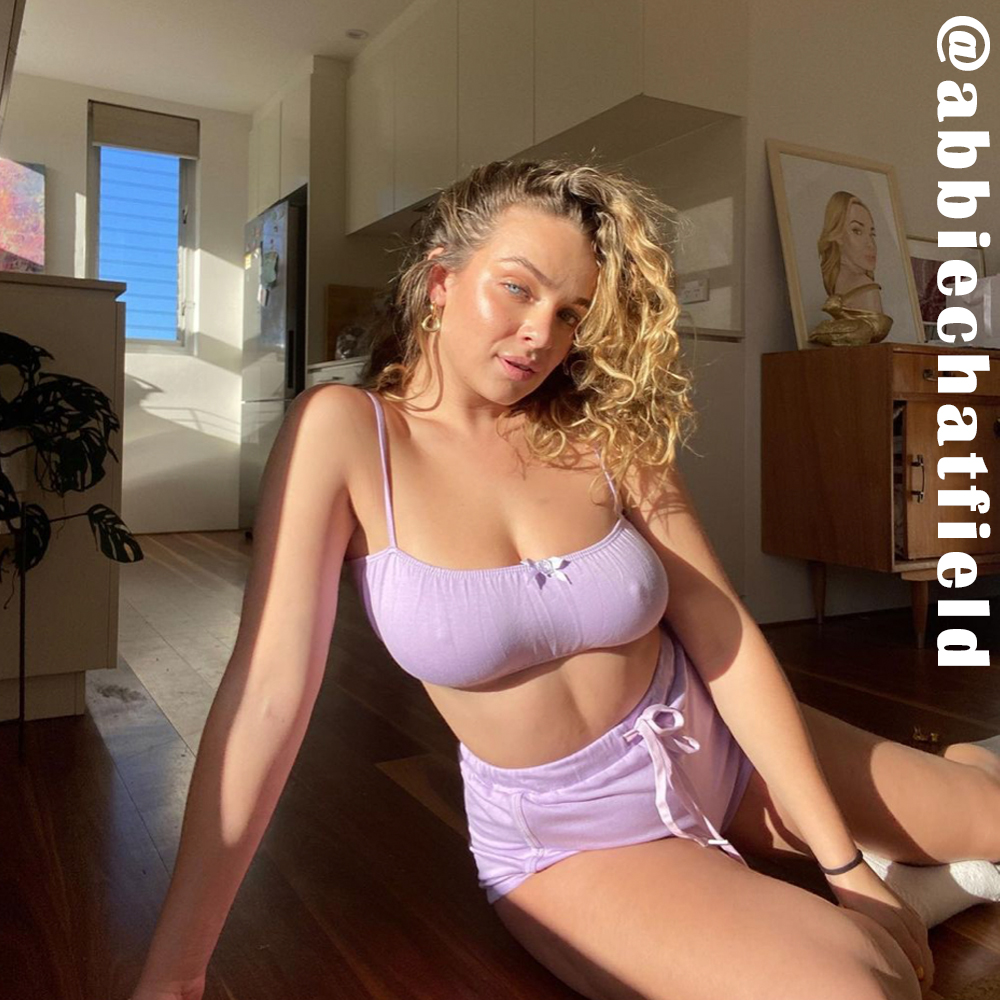 Celeste says: “Frankly, my dear, no one gives a damn.” Along with a video clip of her mimicking Khloe’s response video of her perfect body – except Celeste embraces all her ‘imperfect’ jiggly bits and loves herself just as much, if not more.

In the comments on Celeste’s post some prove to be very popular with around 4000 likes;
A member of the public, @carlynrosemurray Says:

“This whole thing with Khloe was so sad. She’s part of a machine that’s destroying her.”

“I really wish instead of saying “see! My body IS the ideal body type that my family and I have been pushing for over a decade!! I AM HOT!” She said “who gives a fuck how I look. The beauty standard has hurt me and my perception of myself and I want to try to change that for myself and my followers.”

“I’m extremely sorry for what we all watched happen to you over the past decade. It’s so unacceptable. Now would be a great time to throw diet culture in the fuck it bucket, stop editing photos, admit to the help you get to look how you do, and be transparent with your fans.”

In Khloe’s statement she continues in the 4 page images of text to say:
“I am not perfect but I promise you that I try everyday to live my life as honestly as possible and with empathy and kindness.
It doesn’t mean that I have not made mistakes. But I’m not going to lie. It’s almost unbearable trying to live up to the
impossible standards that the public have all set for me.”

We are particularly fascinated by this segment, as it brings us to the question – Who is setting the standards? Influencers or the general public?
Khloe’s lifelong ridicule for her looks has been encouraged by ‘trash entertainment’ sites and media outlets, and of course online trolls sitting behind their shields of invisibility ready to attack.

HOI asks, who is responsible for tackling the impossible beauty standards being perpetuated online?

Although we all have a part to play in the general well-being of society, HOI believes that celebrities and social media figures, all play a part in the guidelines of our day to day social behaviours. With this responsibility, could they be focussing more efforts into the battle for #goodinfluence. After-all, if an influencer relies on the general public for their success and popularity, are we not at liberty to rely on them also to set a positive example for society, to the best of their ability?

To put it quite simply, we need more realness online, and Khloe is actively choosing not to contribute to that. Research shows that viewing more realistic depictions of bodies on social media can boost women’s self-esteem: A 2019 study published in the journal New Media & Society found that young women felt happier and more satisfied and appreciative of their bodies after viewing body positive content on Instagram. 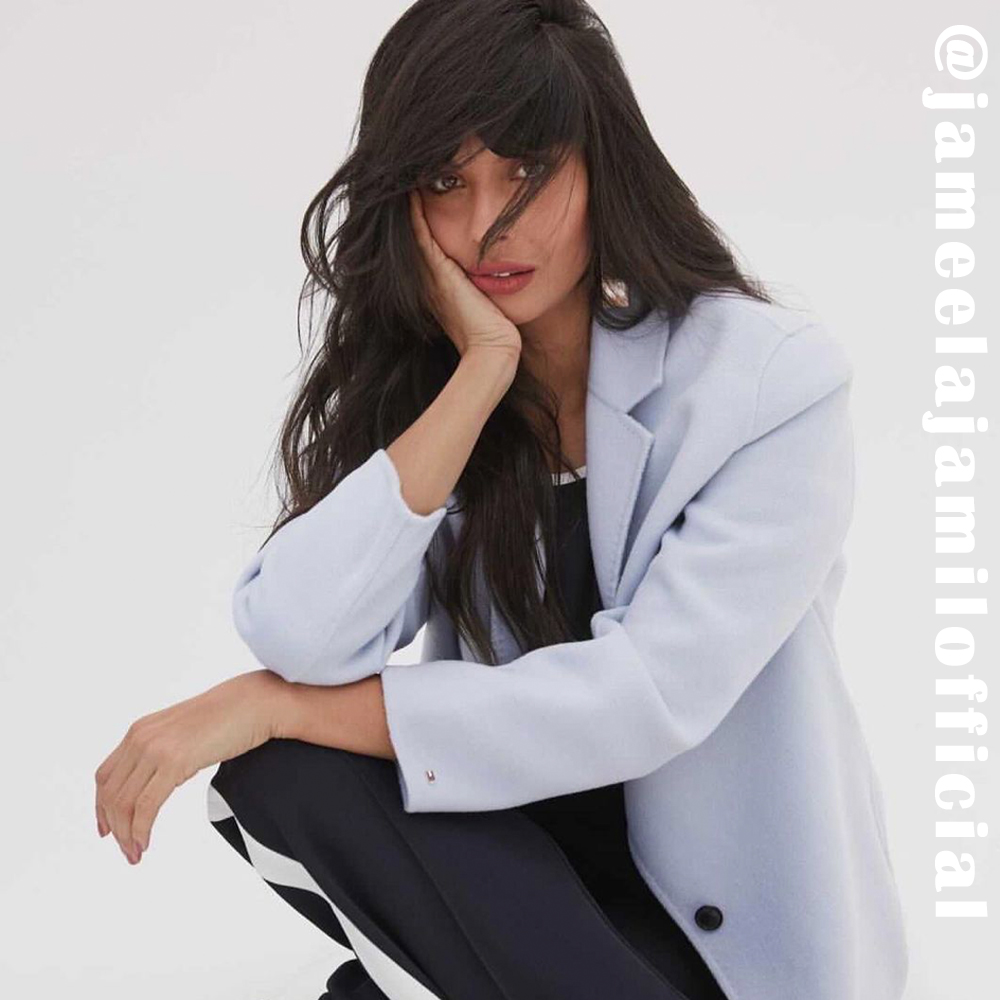 We think it’s time the Kardashian’s are held accountable for their self-made fame, and public image. In a world so concerned with beauty, perhaps instead of launching more beauty products, they could launch platforms to support mental health issues.
We can see it now; ‘Kardashian Kounselling.’