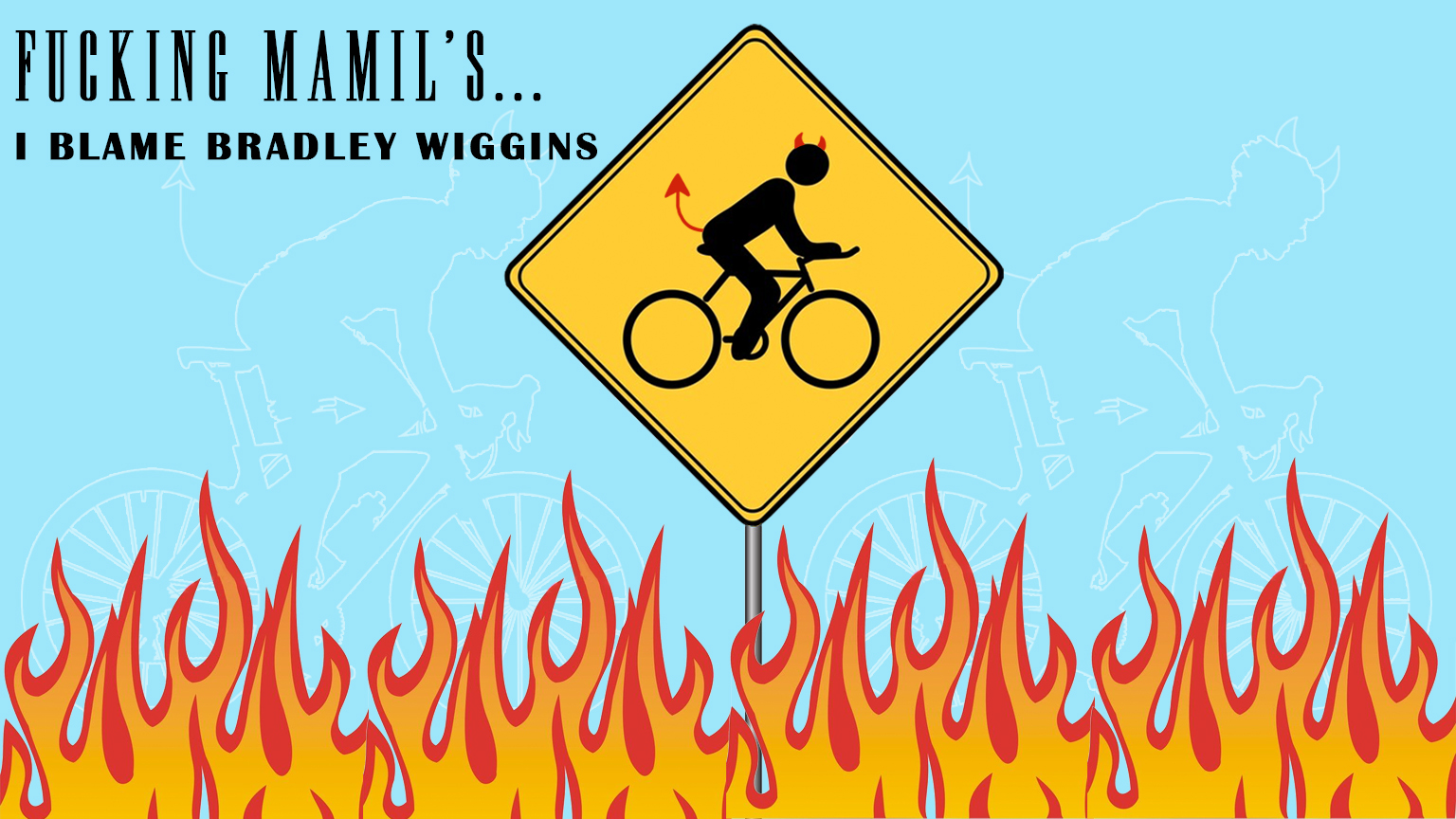 Here at HOI we get sent a lot of letters and articles from people who want to talk about topics close to their heart. We have chosen one of the best rants we’ve seen so far and wanted to share it with you! Cyclists beware this guy is coming for you!

What happened to people having a “normal” midlife crisis, buying a sports car, dating someone half their age or quitting their job and moving abroad? These days middle aged men (and women) seem to think the way to find peace and tranquility, to live a healthy life when they hit middle age is to buy a road bike, get some lycra gear from online and go out in groups of six plus cycling. Now anyone who knows me will tell you, I am a very chilled individual. Not much pushes my buttons…however, these wankers riding 3 abreast on the road make my blood boil! SO…Let’s take a look at where this idiotic craze stemmed from and have a good vent about MAMIL’s (Middle Aged Men In Lycra).

Around ten years ago, before brexit was even a distant thought, the country stood united, not in it’s political view on europe…but its general hatred of cyclists that thought they owned the road. The horns and expletives of angry motorists coming together like a choral song could be heard everywhere, but it was really only needed for the couriers weaving through traffic or the occasional pisshead tourist on a Boris bike. Then came the 2012 olympics and Bradley bloody Wiggins. Now don’t get me wrong, I’ve heard Wiggins is a great guy, and the olympics themself were a huge success, but the British public suddenly took stock, looked at this regular looking fella rounding the corner at Hampton court to take yet another gold medal and thought…”Well if he can do then so can I.” 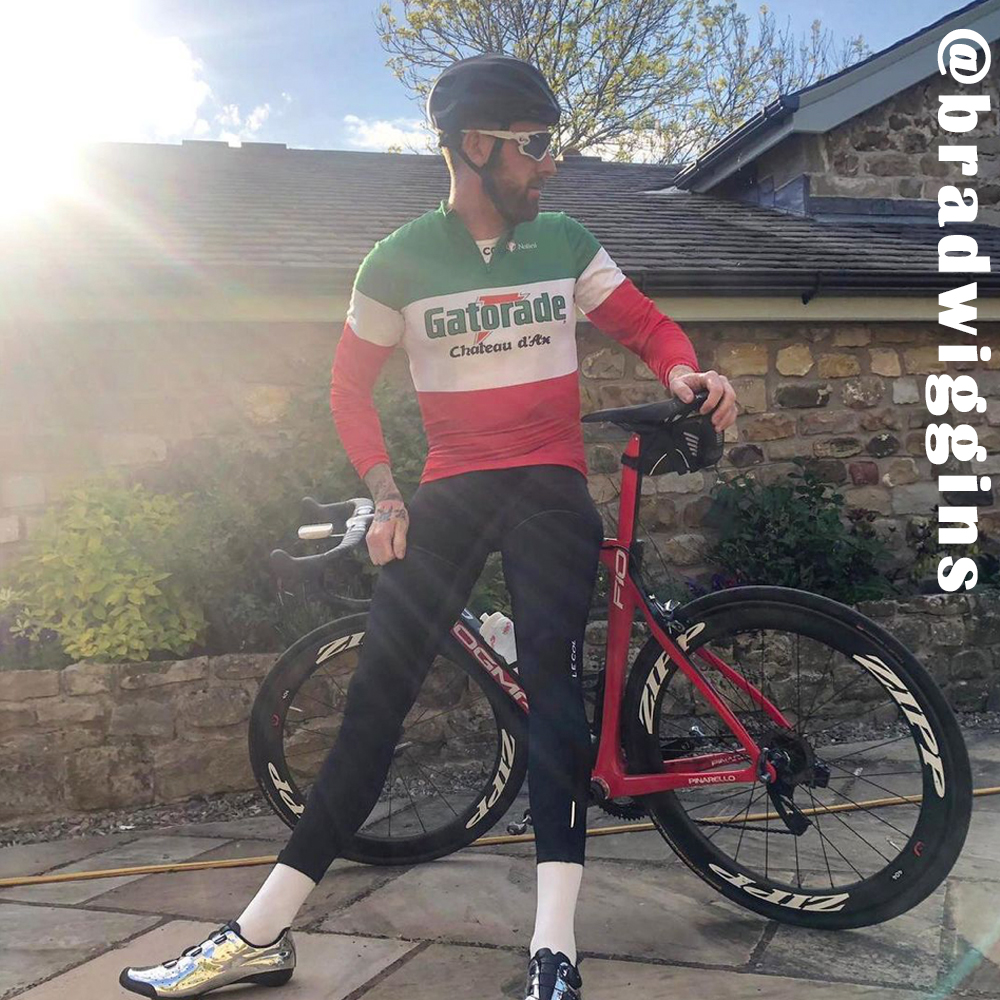 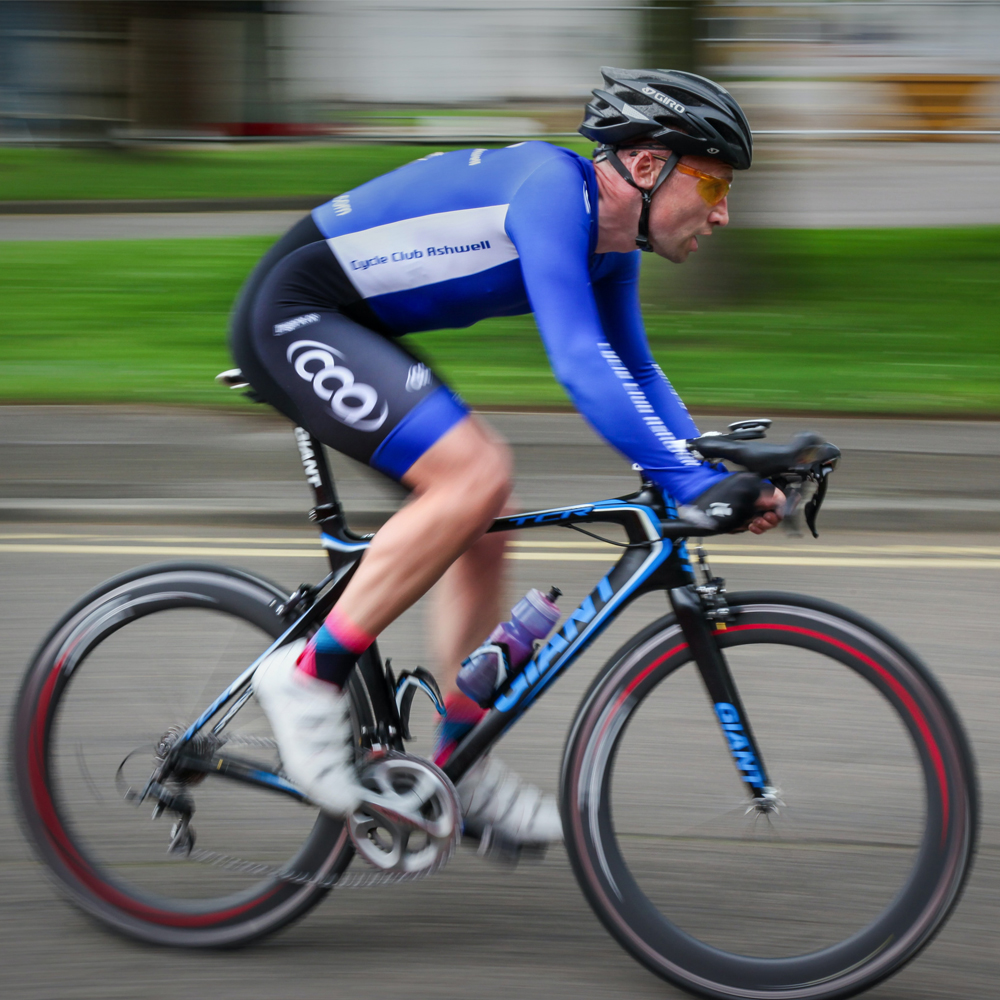 Let us first begin with the dress code of the MAMIL, head to toe lycra, state of the art helmet to make you go faster that makes you look like…well, a right helmet, and the shoes that you have to click into the pedals. Apparently these shoes assist in the pedalling…for me they act like an early warning system. When in a cafe if I hear the clip clop of the tap shoe like cycling accessories I know that one of these prize penises in close by, stinking of sweat and covered in shit off the roads. Time to exit my little sunday morning haven of peace and tranquility before having to overhear the tribe of twats gloating about the amount of mikes they have clocked up so far.

Now, if you are one of these MAMIL’s and do insist on wearing lycra, please make sure you get the correct size for your actual shape and not the body you believe you will achieve from your once a week cycle. If the clothes are too tight you need to realise you look like a string of butchers sausages with body parts hanging out left right and centre. While we are on the subject of sausages, nobody wants to see your cumberland through your shorts whilst trying to eat their full english. I know you think it might impress Janice from accounting as you walk by on your way to shower before getting to your desk, but trust me she is just as repulsed as I am.

I live on the outskirts of London, Surrey to be precise, and this is one of the worst affected areas of the cycling pandemic. With the olympic race having literally cut off and marooned half of the residents for over 24 hours so they could shut the roads, I thought after 2012 that would be the end of it! How wrong was I? Every year they do the race again, shutting off the roads, causing mayhem and for what? So these MAMIL’s can have purpose for the other 364 days of the year, giving the men a legitimate reason to shave their legs without seeming weird. I wish that was where it ended though. HELL NO! The local authorities need to look at their priorities, they have spent millions putting in more and more cycle lanes, taking away road space and even reducing a dual carriageway near me to a single lane just so these sanctimonious nobs can have more space. 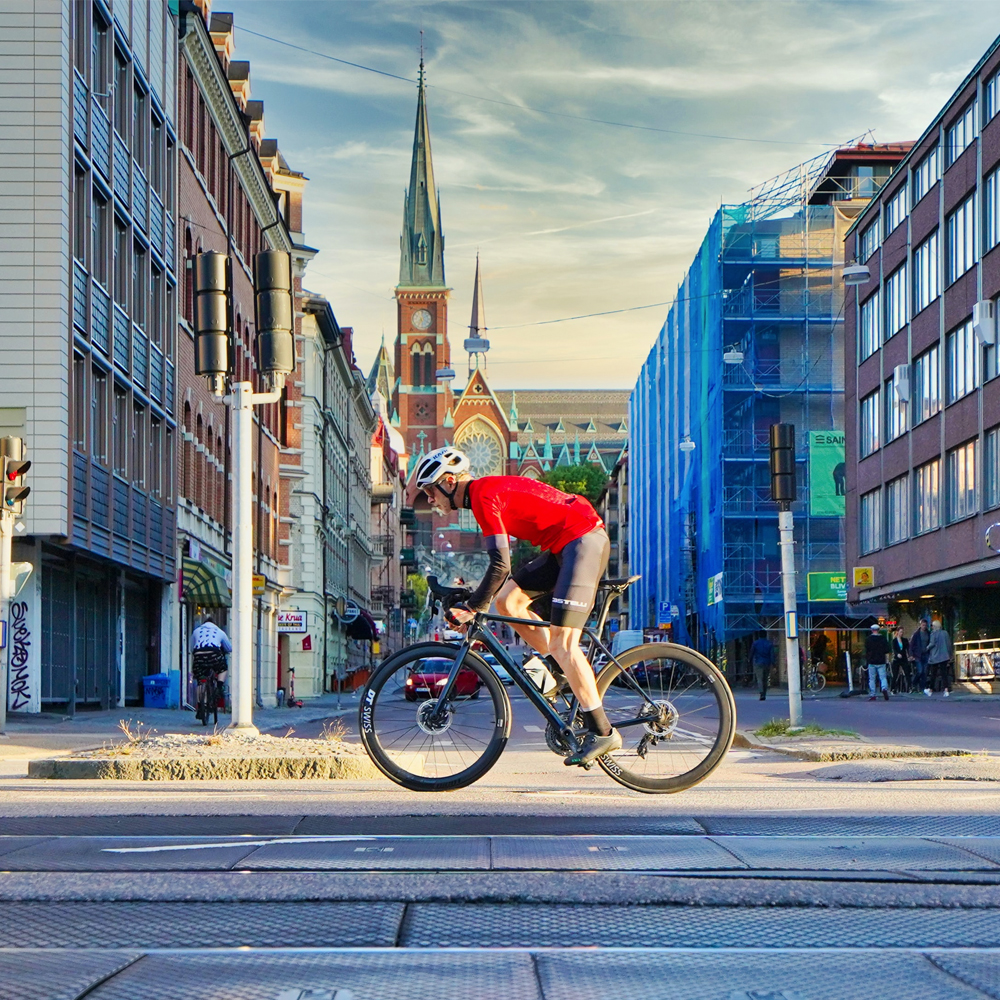 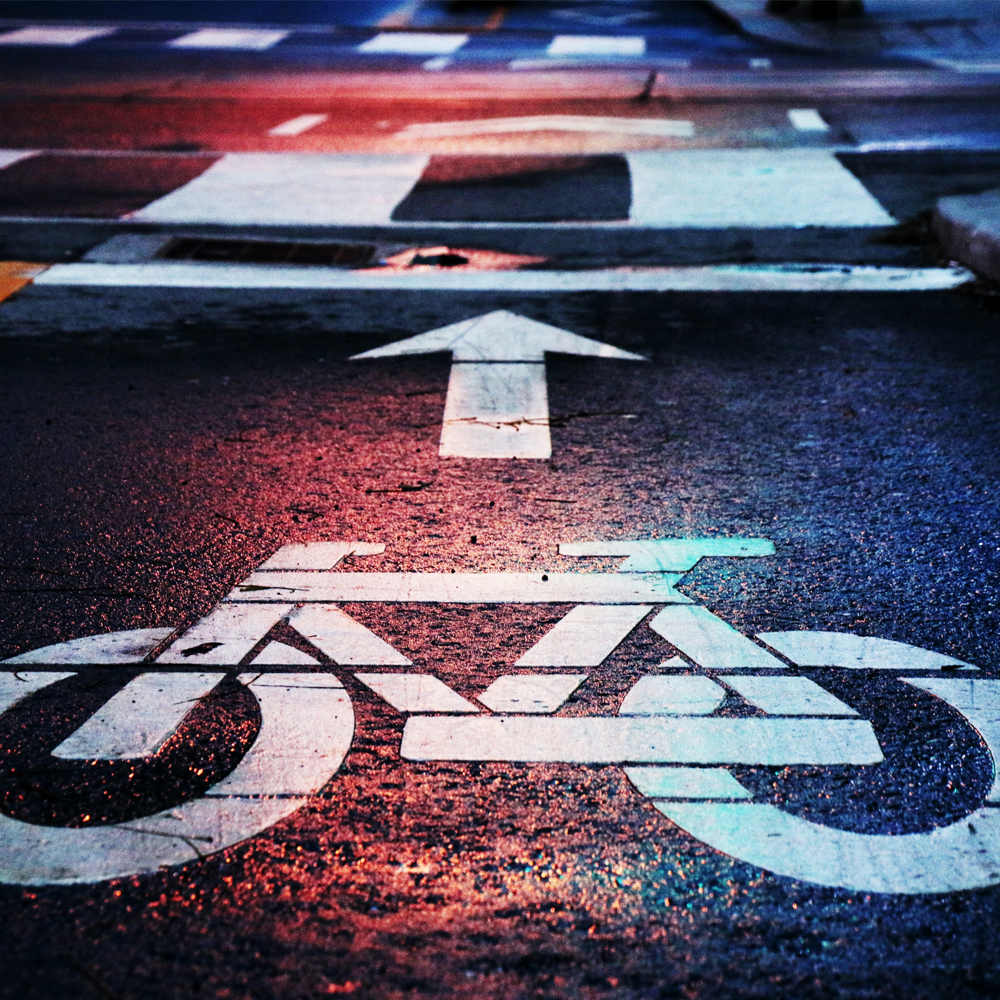 Ok, maybe I’m being harsh about the cycle lanes…they do improve safety for the cyclists. Well, they would if the fuckers actually stayed in the cycle lanes. Now we come to my biggest peeve about the MAMIL’s…packs of them. Two abreast is standard, three abreast is taking the piss and four abreast is the most arrogant cycling use of the road I have ever witnessed! If you aren’t doing the speed limit go single file, stay over to the left and let the people in cars who actually have lives and shit to do pass. If you are more than one abreast and blocking my path I have no idea why you insist on getting angry as I drive past with my hand on the horn screaming at you to buy a fucking car! ”

Let’s face it, you aren’t Chris Hoy or Laura Trott, you aren’t competing for a gold medal. You are trying to get fit, to feel young again. You are most like compensating for the fact that you only get laid a few times a year now compared to the regular shagging of your youth. Please, you have 5k to spend on a bike, get yourself a sugar baby instead, from what I gather they can be very reasonable and will make you feel far better about yourself than having to shoehorn yourself into Lycra on a regular basis. But, if you do insist on keeping up with this insane past time and on your cycle through Surrey get abused by a white BMW driver, it’s probably me, I have explained why. So don’t get upset, or put your middle finger up, because, let’s face it…you deserve it you bike wanker.

If you have a wild rant to share with HOI, please write in to us and you could be featured here next!

We look forward to hearing from you!