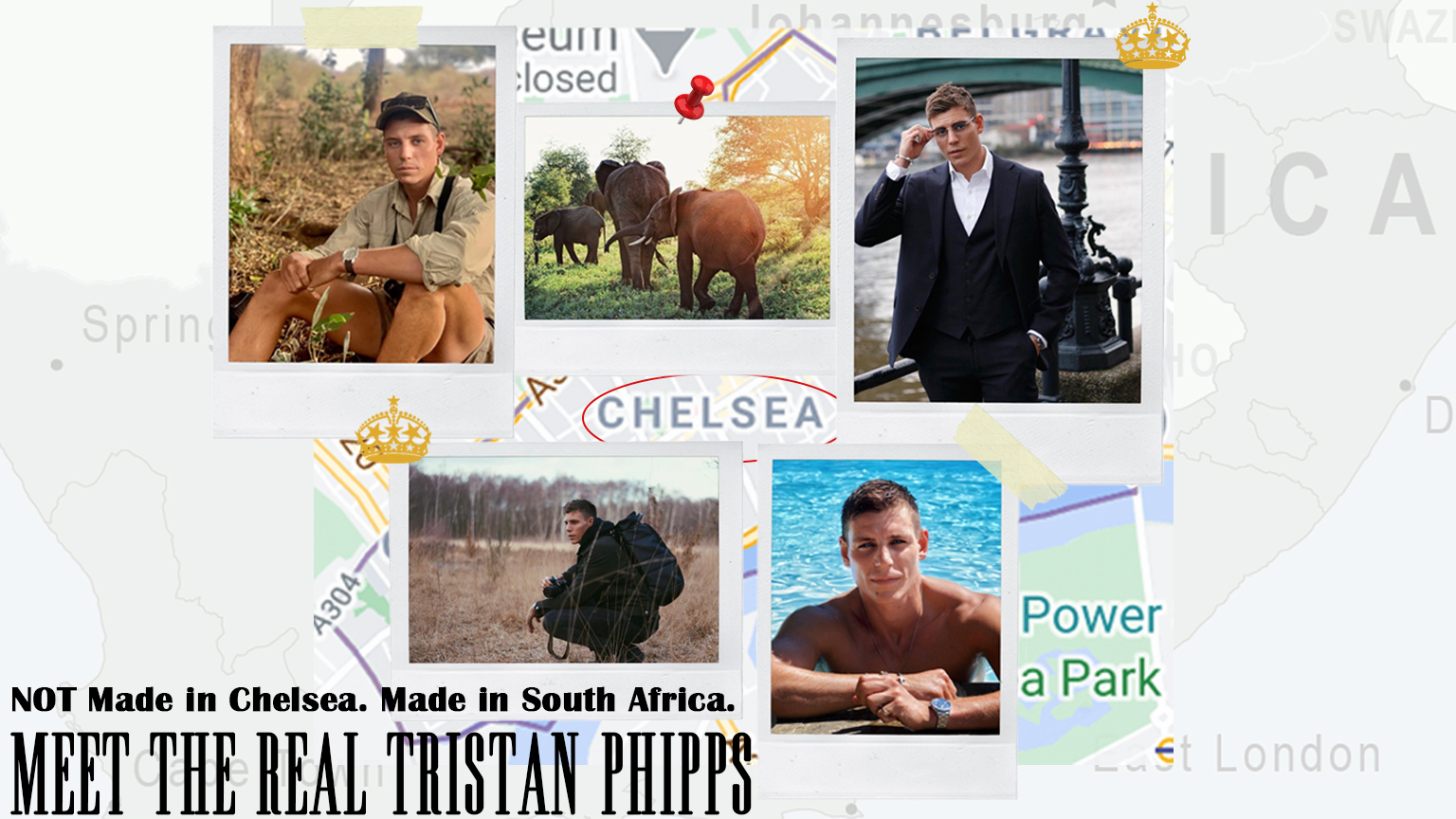 @Tristan.Phipps is someone you may already know if you watch the popular TV show Made in Chelsea. Handsome, charming, well spoken, it makes sense that he has done well, but what is under the surface that we don’t know? I sat down with him to find out more about the man behind the scenes.

RR: So, Tristan, can you give us a bit of your back story, all the stuff that led you to MIC

TP: I was born in South Africa, my family lived there for 15 or so years; my father moved back in 1995, I was born in 1994, and I moved back to the UK in 1997. That sets the scene a little bit for later on. I grew up in London, went to a school in the countryside, when I was 18, I left school, gave uni a go, didn’t last long, because in the back of my head I had this dream of spending time in Africa, and reconnecting with my roots. Three months into Uni I moved to South Africa because I really wanted to get into the Safari industry; I’ve always had a passion for animals, conservation, and wildlife, so the dream was always to go back to that part of the world and explore. I went to this course called Eco Training which is a safari trails guide course; fifty-five days, fully immersed in the Bush, living in a tent, no electricity, no running water, learning about nature. I wasn’t very good at school, I didn’t have the concentration for it, but this, I connected to instantly, I was completely absorbed. I loved everything about it. You’d wake up at 4am, track animals, interact with elephants and then you’d come back and have lectures. It was a very peaceful, very tranquil time.

After that I came back to the UK, but realised I wanted to spend my time out there, so I went back. I got a job as a trainee guide assistant in a lodge in Botswana, spent a couple of months there learning under the company who trained me, furthering my studies, as there’s certain criteria you need to hit; amount of hours walked, experience racked up as an apprentice, and then you can get your qualification. I loved it, and got offered a job in this amazing lodge in the remotest region of South Africa, up in the North East, an area called Crux Corner, which is on the border of Zimbabwe/Mozambique, where I worked for a year. While I was there, I was doing my level 2 qualification, which means you can take a group of eight people, by yourself, walking in the bush.

So, I was doing four/five-day overnight trails where we sleep under the stars, we track elephants, lions, buffalo, fully immersed in the bush, carry all your food, collecting water, living off the land kind of thing. I worked in an anti-poaching unit for a while, where we used dogs to track and take down poachers; I found that was a bit too intense, I didn’t really like the military aspect of it. So, I went back, spent another two years in the lodge, leading trails into remote regions of Southern Africa for the lodge and on a freelance basis. Then, on my off time I took a trip from Cape Town to Angola, through the Caprivi, through Botswana, Zambia, Zimbabwe back down through Mozambique, 4 and a half months on the road which is when I got malaria for the first time.

The next 6 months I picked up malaria twice more and I was completely fucked; I didn’t have the energy to do my job, my body was a mess so I came back to the UK. I was like, ok, this is what I want to do with my life, but where do I go from here? 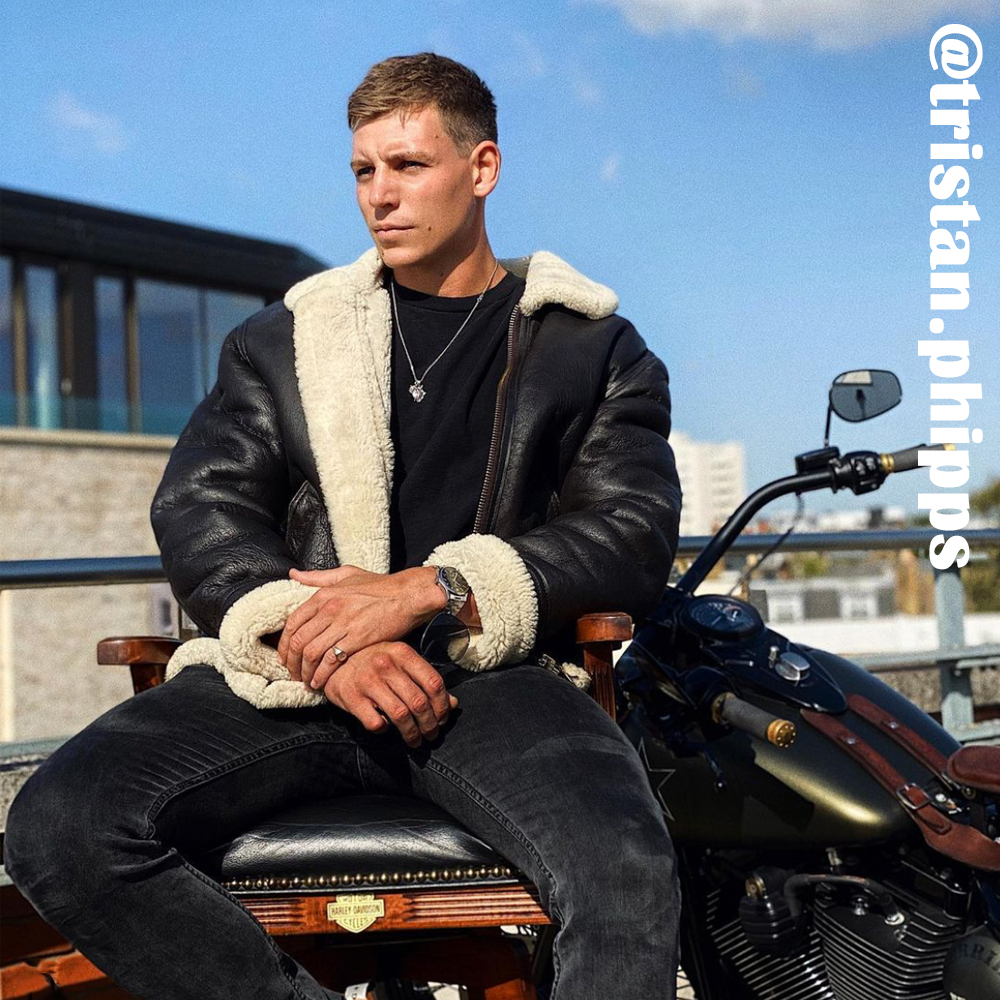 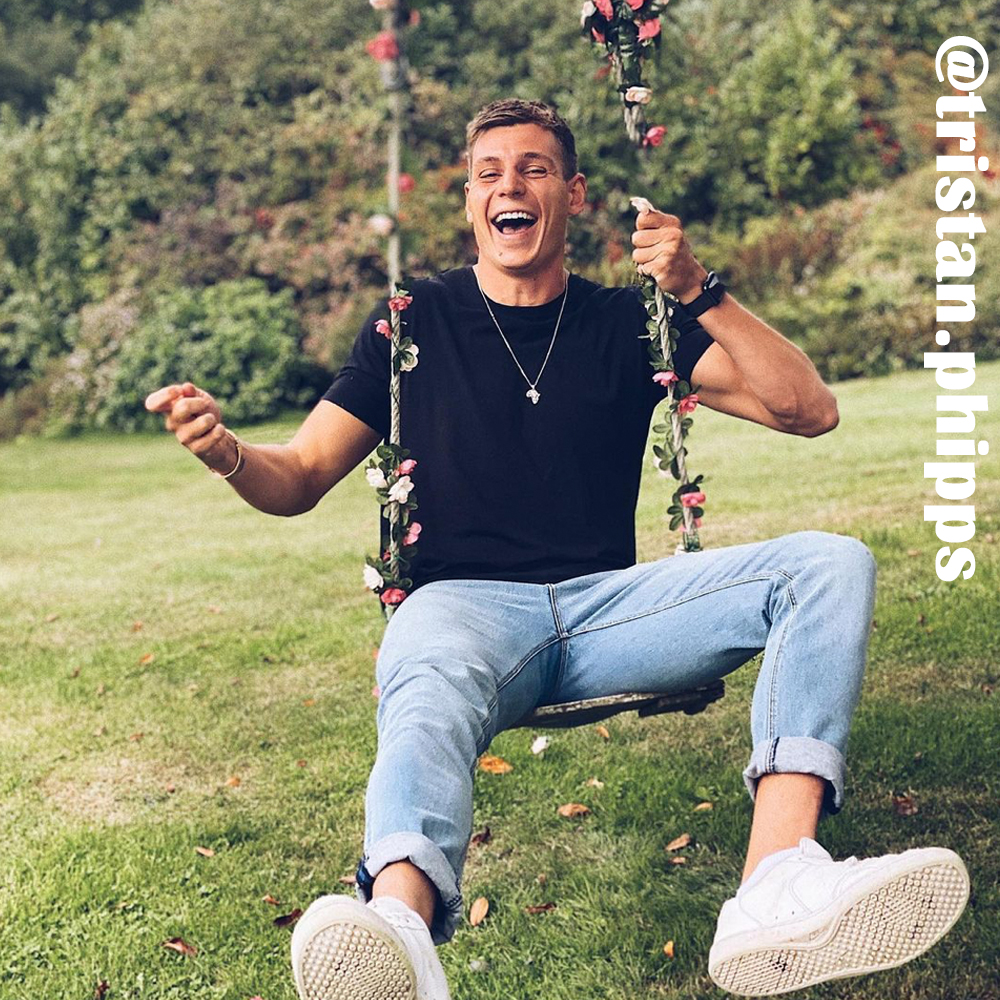 I realised I had a real passion for filmmaking and journalism, sharing information, so I thought how can I bring what I’ve learnt in South Africa back here, because I think the only way you can look after the world is if you have a connection to it, so I wanted to share that connection. My dream is to be the next David Attenborough, I know a big name to drop! I managed to get a job working as a camera assistant on a Channel 4 documentary about The Wildebeest Migration in Tanzinere, and I absolutely loved the experience so was like right, how do I do this? Made in Chelsea kind of, came into it then. I had one foot in South Africa, and one foot in this world in Chelsea, two biggest extremes and I was like which world do I belong in? And then one day I realised I could be in both.

I came back after 4 or 5 years of living in a tent, grounding myself, figuring out who I wanted to be, where I wanted to go, and was ready when I came back to say yes. That was 2 and a half years ago. I Took another year out in between and i am back into a rhythm now. Reality TV has a bit of a bad rep, but for the industry I wanted to go into, they were looking for you to have a bit of a name already, so I decided to use this to help me go forward; which it did. I became an ambassador for Elephant Family which is one of my favourite charities, and a few others, starting to generate a bit of a name for myself as being the wildlife guy, if you like. I have some really cool projects in the pipeline that most of which have had to be delayed because of the current situation with Covid-19, but everything is in the wildlife, documentary side of things, so using my platform to redefine what reality TV can be. There can be more depth to it.

RR: Wow. I feel like it’s a bit of a travesty that your story is not more well known, it is fascinating. You are very real, and authentic. Do you feel this is having the positive effect on the audience?

TP: I feel like the reality world is like a big freight liner that needs steering, and if enough people can get on board with it, we can start trying to steer that in the right direction. I’ve got a podcast now talking about mental health, I connected with Mind charity; if you have a platform that you’ve built, it’s like a trust isn’t it? If people trust and respect what I’m talking about, then I have to set an example, I think people take that responsibility lightly, and don’t maximise what they can do with it, positively. I think also, it’s not assuming that what you see is what you get, you can delve a little bit deeper and don’t judge a book by its cover.

RR: It’s such a good point and I think all the work you’re doing, how honest you are on your social media, is developing a following because people no longer just want the thing that is aesthetically pleasing, they want something real to connect with. So, you say that Chelsea came after you for a while, how did it start? When did it start? What was the process for you?

TP: They came after me when I was 18, I was on the fringes of the world, but I never wanted to be a part of; I had friends in the show, ex-girlfriends, I grew up in Knightsbridge, went to school in those areas. But I didn’t want to go onto the show unless I was completely happy with who I was, because it can be damaging when you’re not in control. I had a brief run in with that when I first joined, so I left and came back. They told me to break up with my girlfriend at the time if I wanted to be on the show, I was like “What the fuck? This is not what I signed up for.” So, I left. Which was the best decision I ever made, because I knew the end goal, but I was doing it on my terms. 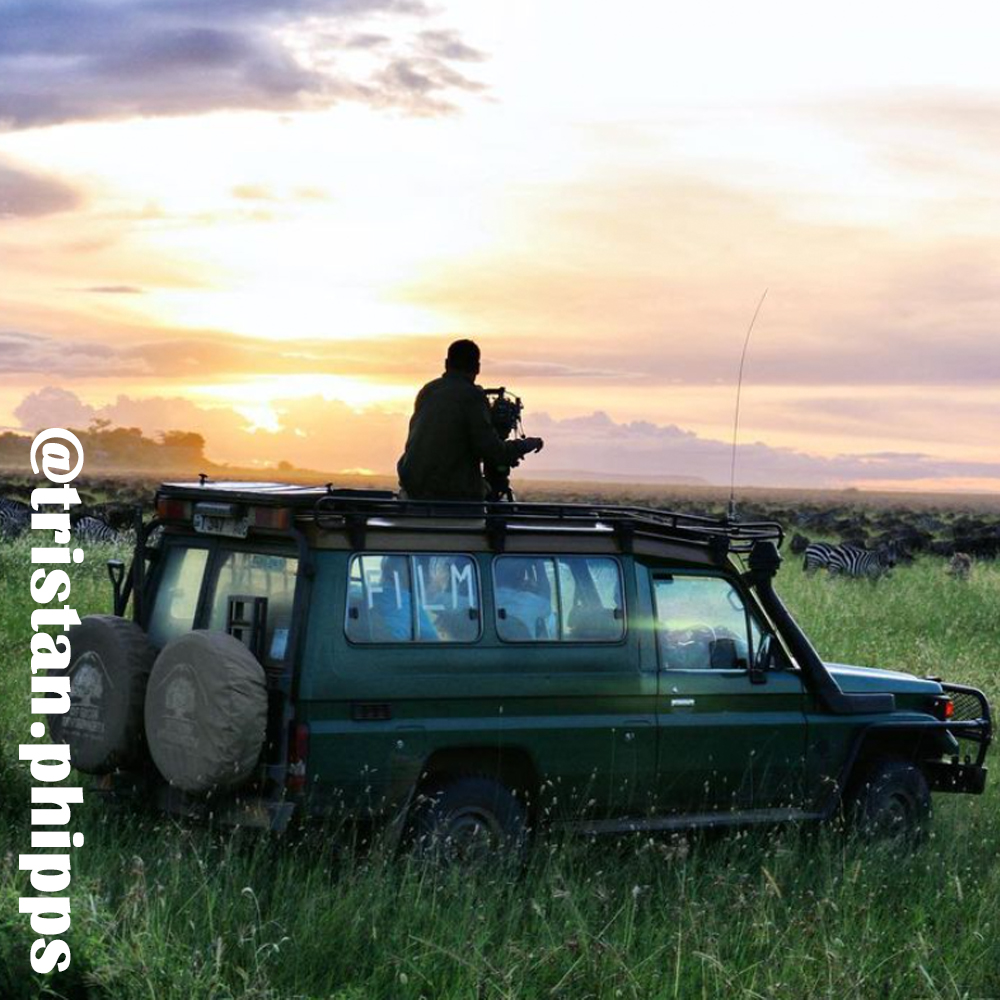 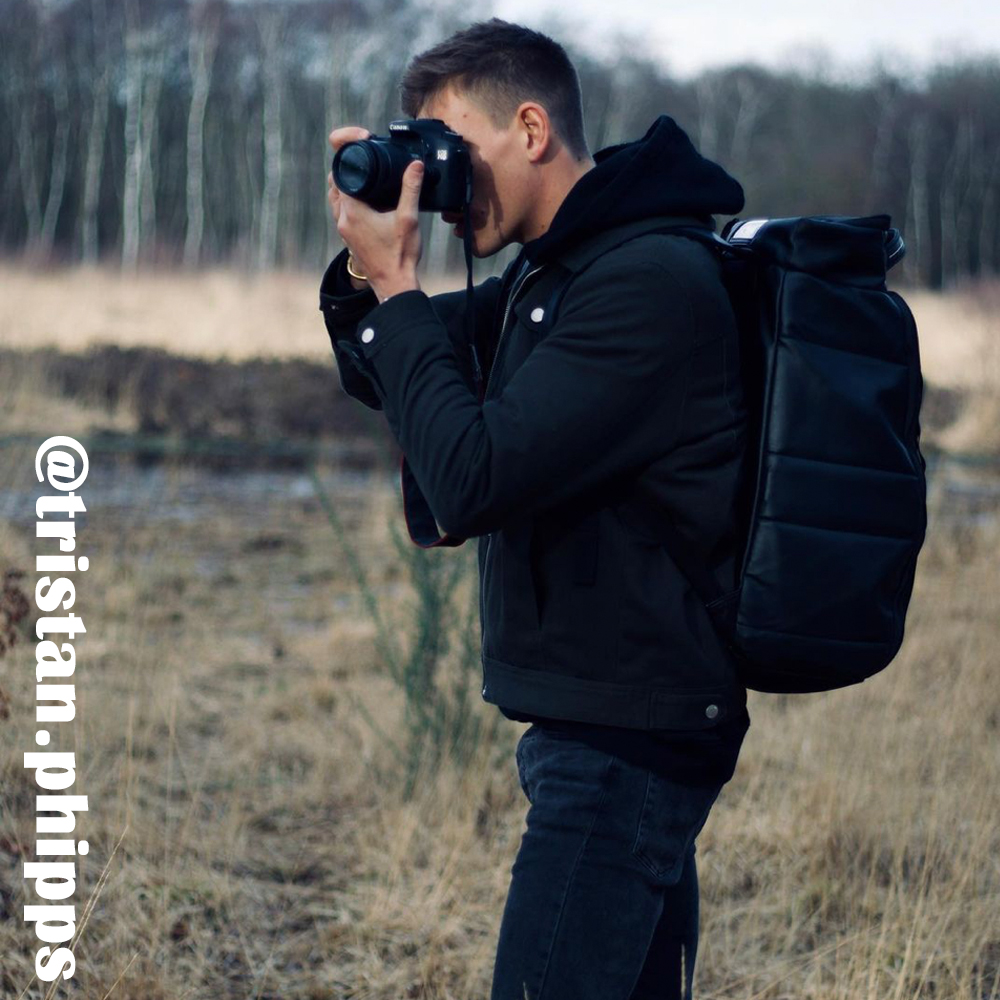 RR: So, after you left, did they come after you like, “hey, do you want to come back in again?”?

TP: Yeh, as soon as I broke up with that girl they were like “do you want to come back…?” Because we left on difficult terms, I went back in clearer minded like, “what you did wasn’t right”. They need to know they have responsibility there; all sorts of things happened in the reality world two years ago, suicides and things that shook the whole foundation of things, and I feel like it’s starting to change. Now, we cover topics on the show which are far deeper than they used to be; I actually get the air time to speak about my passions, I can speak about Africa, the mental health work I’m doing and as long as I get to do that, then fine. I live in this world, these are my friends, the world is changing, and I have seen an opportunity to get involved and do it properly.

RR: It’s amazing to hear your take on a world people assume they know. So, obviously you use social media, what role has it played in your journey? Good and bad?

TP: I didn’t have a phone for two years; I didn’t want it. I love speaking to my friends and family, but it’s a tool, and it’s kind of a, ride the wave or being left behind. So, I now see it as a job. In the same way someone does their emails in the morning, I use social media; it’s a large percentage of my income and the moment. Sometimes I love it, sometimes I hate it. It can unify people; I think it’s amazing the power it has got, but I think it’s disgusting the way it can isolate people and be aggressive and offensive. It’s definitely a blessing and a curse but I’ve adopted it as part of my job, part of my life, but I know its fickle, it’s built on match sticks. I’m using it for now because it’s helping me but I don’t love it, I don’t need it, it’s just a business tool.

RR: That’s great, more of us should take that mindset. Looking at your points of Chelsea, and social media being tools to drive you forward to your end destination of David Attenborough Pt 2, what would your advice be to anyone in a similar position? 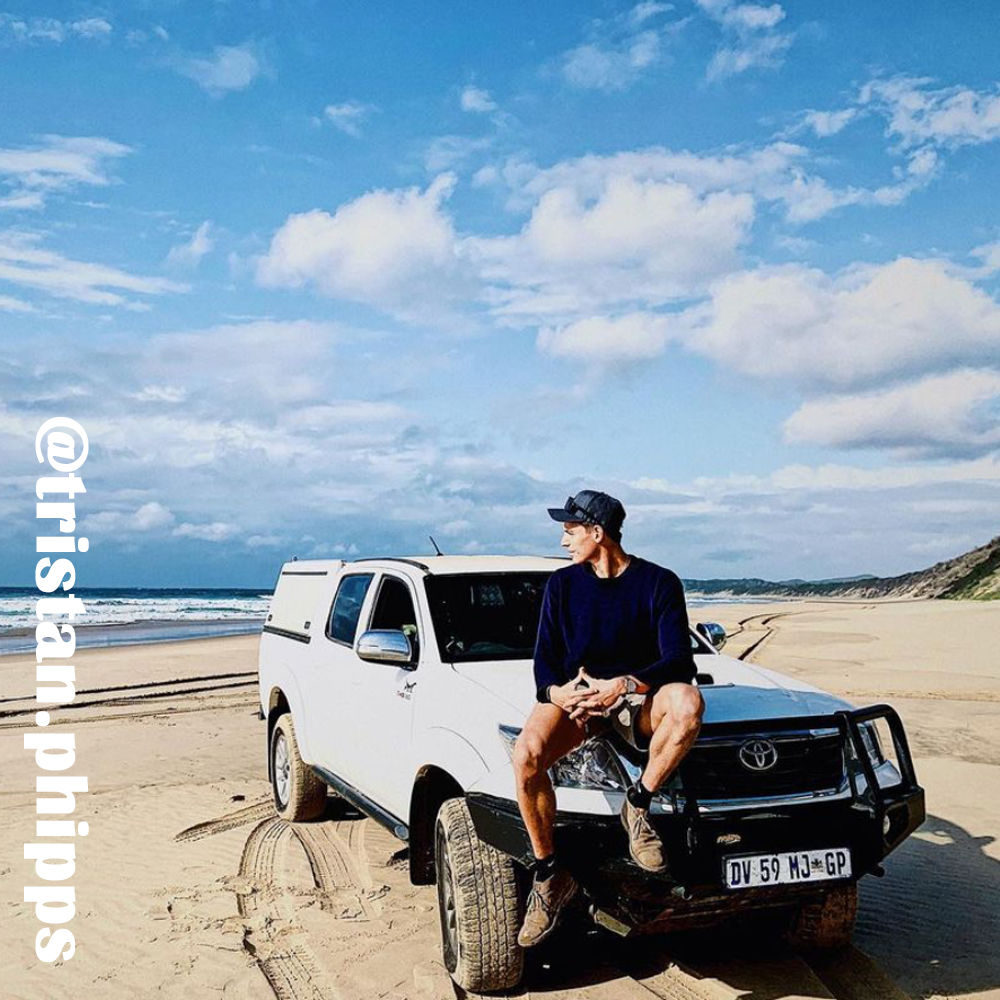 TP: My father gave me the best advice, he said, “Figure out what you love, and figure out how to make that your career.” I’m not a 9-5er, I’ve tried it, it wasn’t for me, I’m not an academic, so Chelsea was the best route to get to where the end goal was, I could see a clear line. If you’re starting out and you’ve got a passion, something you feel incredibly motivated towards, if you can identify something that will help, express or fast track you getting there in the right direction, 100% do it. But don’t do these things because you’re looking for external validation. Find your inner solace, be comfortable with who you are, the person you can look at in the mirror, don’t do it for ego, it’s not sustainable, and can be damaging. Don’t be afraid of it, it has a preconceived idea about what it is, but if you can use it as a tool, then fantastic.

A great conversation with wise words that many should pay attention to.