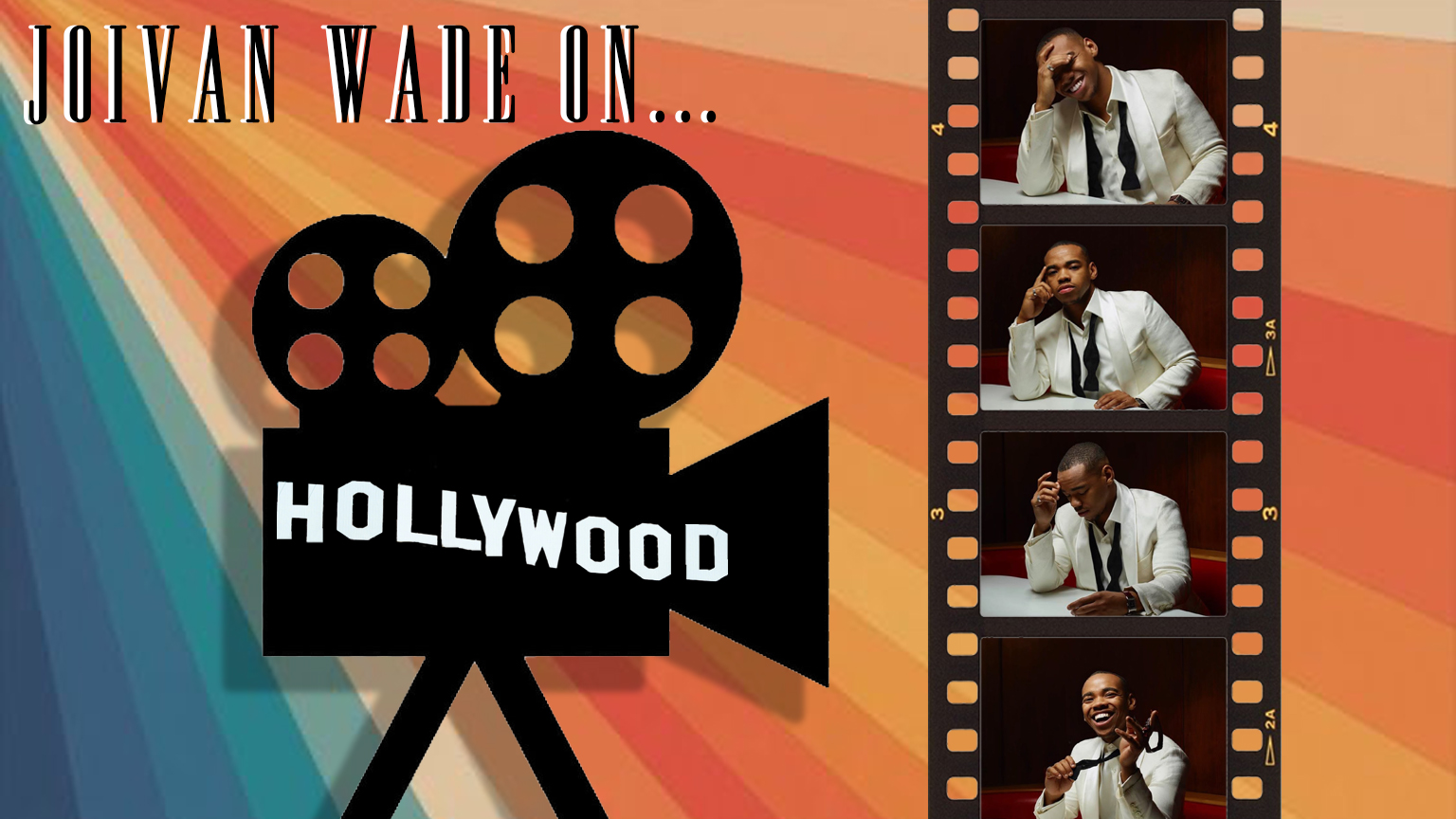 With many credits to his name, audiences saw him star in, and co-produce the three-part musically-narrated short film Shiro’s Story (2018-2019), which amassed over 22.6 million views and led to creator and director Rapman signing with Jay-Z’s ROC Nation. Not only that but he landed lead roles in The Weekend Movie on Netflix, The First Purge and BBC Films feature VS. He also made himself known in The Interceptor, Doctor Who and Eastenders.

In addition to his growing success as an actor, Wade is an entrepreneur who co-founded the digital media company The Wall of Comedy @wallofcomedy platform in the UK which amassed over 10 million followers and consistently received over 480 million views per month. 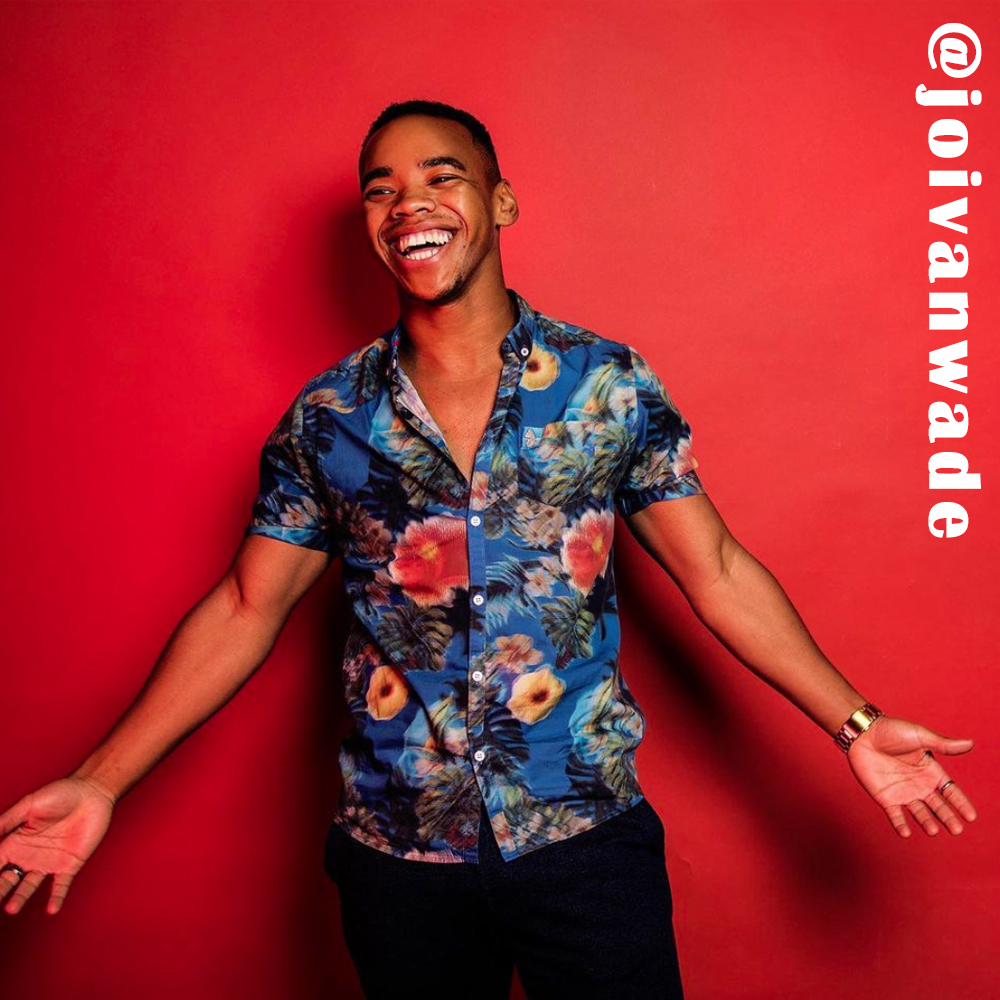 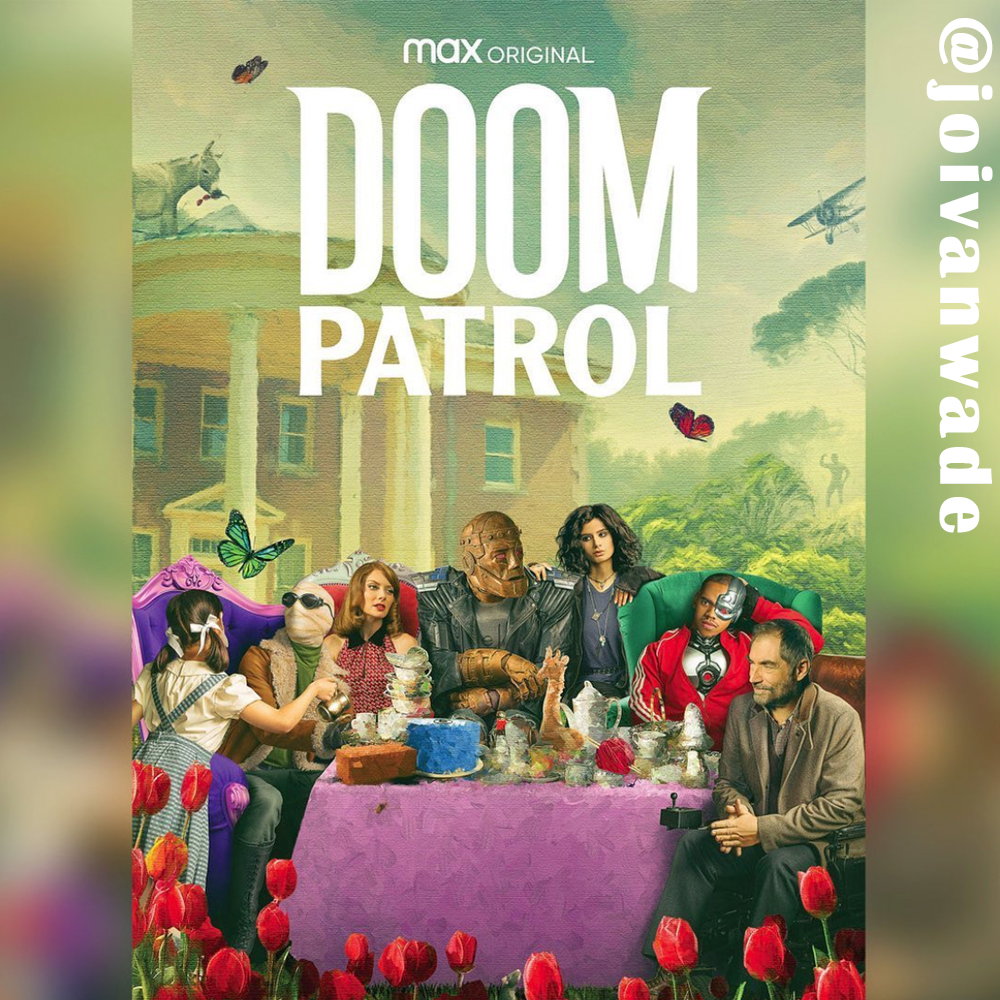 Joivan on his career

When I was younger, I wanted to be a professional footballer; I was focussed on that for a while until I fell in love with acting aged 16. I confided with one of the guys on the team and he said “you’ve gotta go to BRIT school, all the famous people go there, fam, if you’re not going to go there, you’re not going to become an actor.” I studied from 16-19 which felt like enough for me; it seemed counterproductive to study further. My best friend Percy didn’t plan on studying further either, his mum was going to move to Spain, but I convinced her to let him stay for one year, just one year to get things off the ground. She said yes, so we started our own theatre company alongside others who didn’t want to continue studying, and we toured around Europe.As things continued, I was getting some opportunities but not enough, so I decided to create my own. In 2011, we created Mandem On the Wall, a comedic YouTube series, which accumulated 50,000 views overnight. After 4 months it got millions of views, and after 6 months it got picked up by Big Talk Productions (Friday Night Dinner, Cold Feet). Inspired by the characters in Mandem on the Wall, Big Talk created the series Youngers and aired on E4; this was my launch into the industry. After that, I landed roles in big British tv series such as Casualty, Eastenders, Dr. Who, which was amazing, but after achieving that, I knew it was time to head over to America. In 2016 I went to LA, had some meetings and landed my agent. I came back to the UK September 2016 for around 6 months and in that time did my audition for The First Purge. Three months later, I heard from the casting director that they had never seen my tape originally, it had been misplaced somehow, but they fell in love with my performance and that was my Hollywood debut.

Joivan on his empire

Starting my own companies, came from wanting a consistent upward trajectory and seeing a gap in the market. Wall of Comedy, which is my biggest company, came about because I saw the gap, not only for me, but for other creatives who were struggling maybe to be seen or heard. There was so much negativity from broadcasters and commissioners about what we were putting together, “it’s not working” “it’s too niche” “not an audience for the stories”, “people don’t care about black people’s stories”. I proved them wrong. What I created, gained an audience of millions, and I knew that there would be others who were in a similar situation. Wall of Comedy went on to grow some of the biggest, urban comedic influencers (@chunkz 1.1million followers, @yungfilly 600k followers) who are flying the flag in UK comedy right now. In 2 years, Wall of Comedy had gained 2.5 million followers across social media platforms, in 4 years this grew to 10 million which made us the most successful online comedy networking company in Europe. This led to more doors opening and allowing relationships to build with other creatives. The future of this, for me, is continuing doing what I’m doing on a bigger scale; take everything and find more avenues for diverse storytelling. 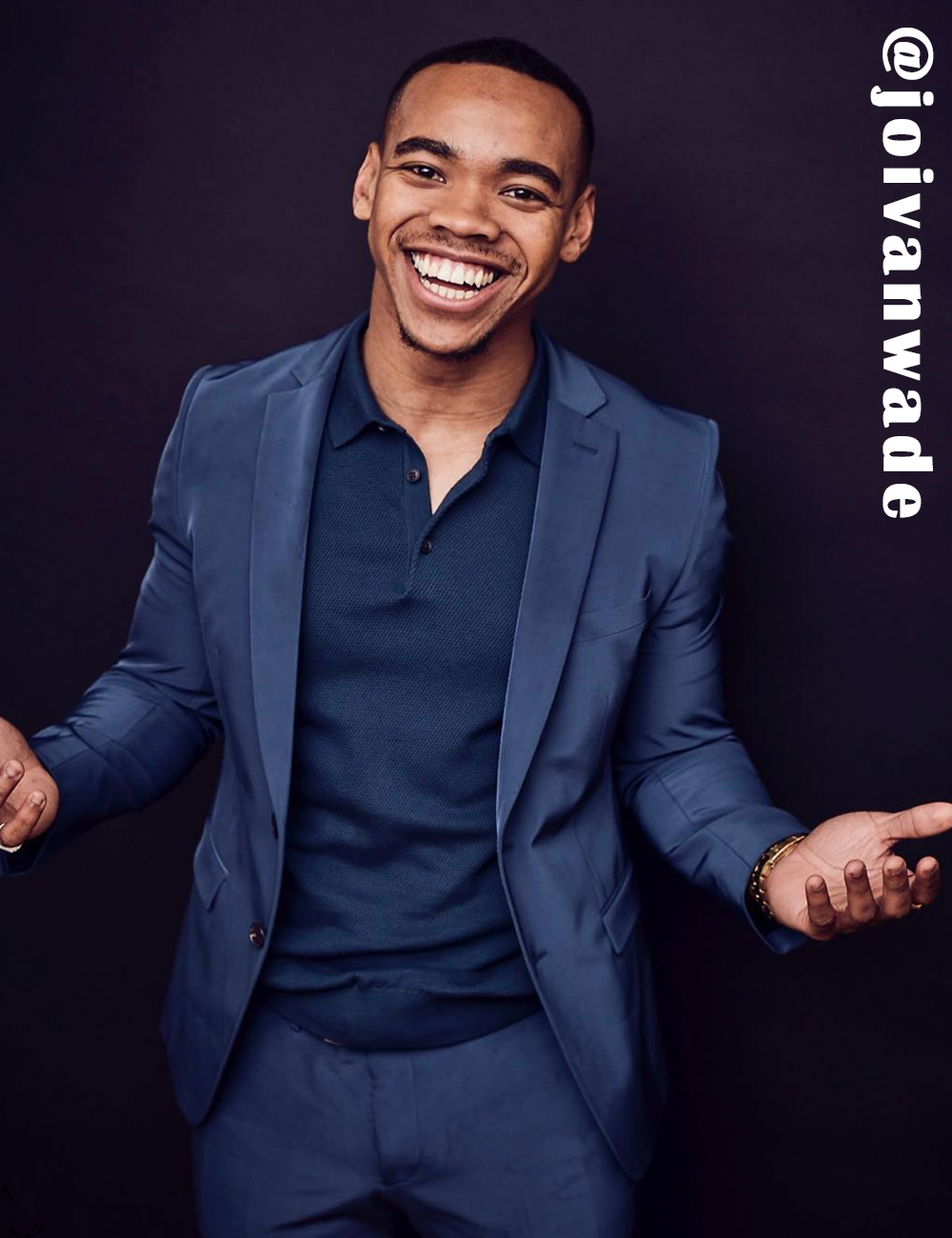 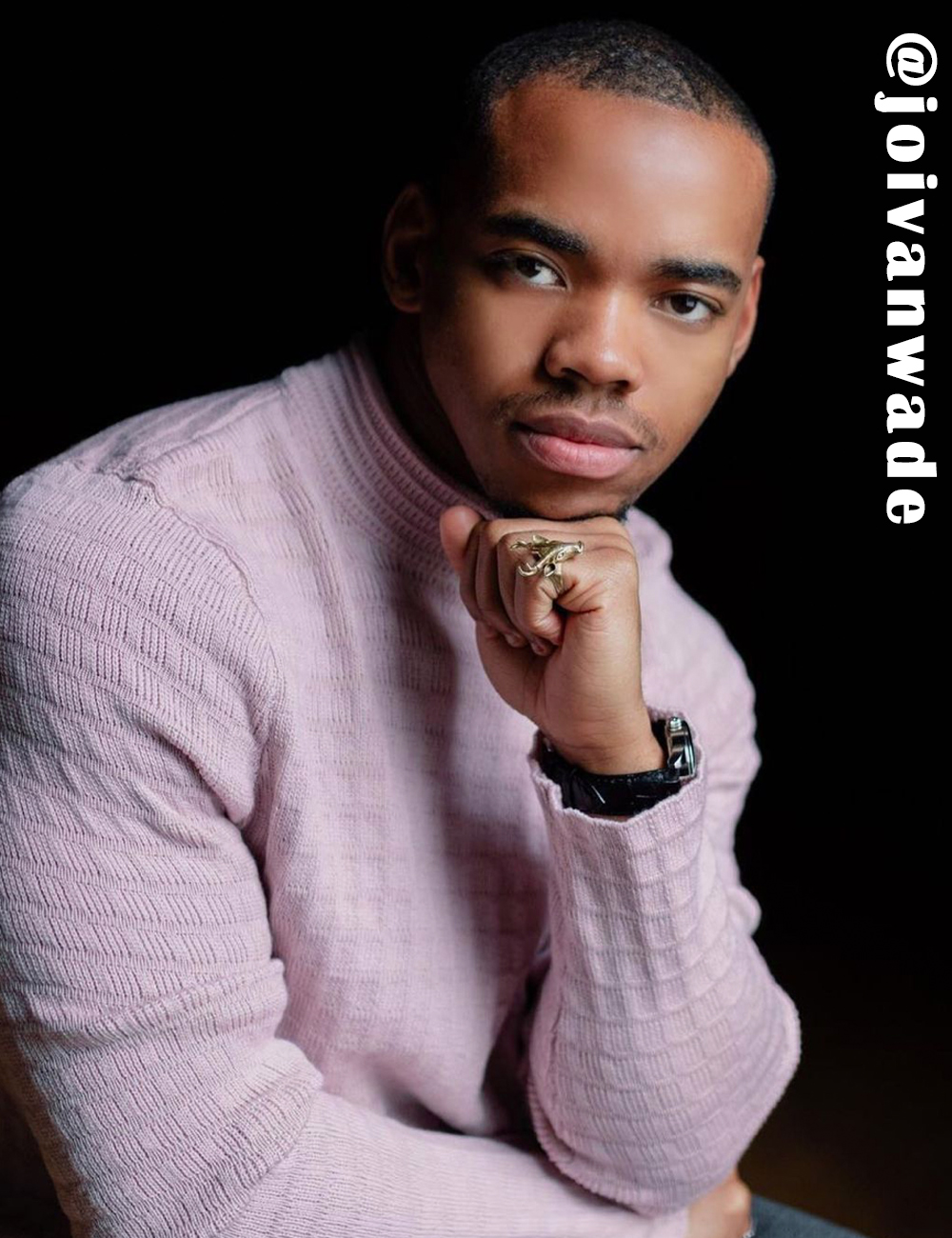 My biggest inspirations are my parents. My mum instilled everything into me, from my self-belief systems, to understanding how the world works and understanding what it is to be a black man; how to build the life you want.

My dad’s the most hardworking man I have ever met, he taught me my work ethic. I get inspired everyday by my friends who are breaking boundaries in the industry. Most of my inspirations are personal but if I had to choose someone in the industry, it would be Will Smith. Not just from an acting perspective, but his mindset and what he creates. 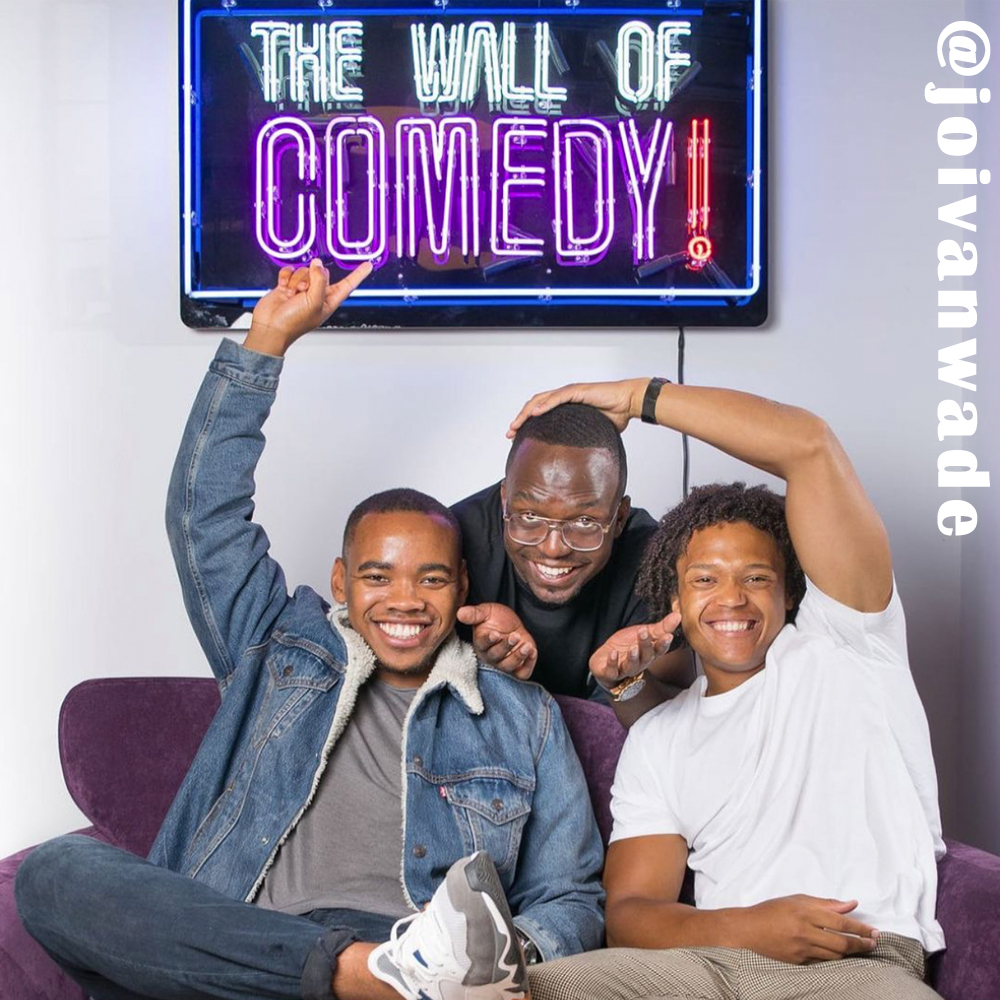 Piece of advice for my younger self: Trust your instinct, you’ve always been right and you always will be. I think it’s difficult when going through stuff to work out whether or not it’s going to come to fruition, but you back yourself and you may have the devil trying to pull you down. Everything you believe and you’re fighting for is the right thing. Just want you to know buddy, it all worked out.

Piece of advice for aspiring actors: Make a decision on whether or not this is something you want to do because this is not easy or a road without trials and tribulations. You need to know why you’re doing it, and then do everything in your power to achieve it; do everything in your power to create opportunity for yourself. If the opportunities aren’t being given to you, will you still make it? Use the people you have around you to help you. The main thing you need to do is start; people procrastinate too long. Execution shrinks fear.