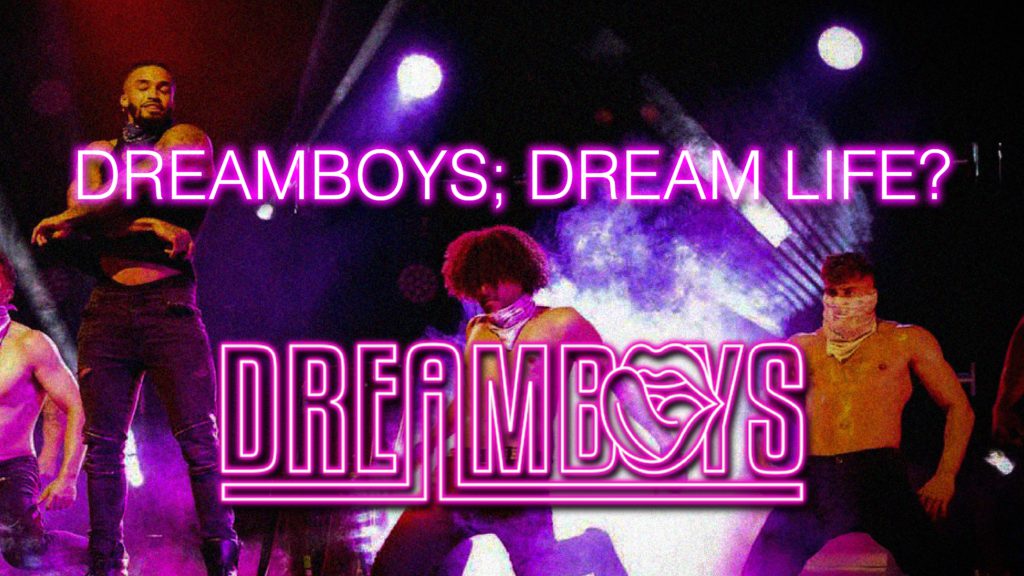 July 29th 2021 HOI were invited down to the Dreamboys press night where we gave you all an insight to the show and the incredible journey they will take you on when heading down to one of their performances. But what happened next elevated my knowledge not only in the show but also into the world of a touring male entertainment show.

Now, thanks to the rave review of press night, owner, Alice Woods, invited us down to spend an entire day (and technically night) on the road to experience the REAL Dreamboys world.

What an honour and a privilege to be invited into their remarkable world. It was me who pulled the lucky straw again.

The next morning I drove to Essex to Dreamboys HQ where the bus was collecting the team to head down to Brighton for the second in the list of tour shows (the first being Birmingham 3 days previous).

Arriving, I was welcomed by new boy James De Lauch Hay, closely followed by choreographer and Creative Director, Jordan Darrell. All the lads were slowly appearing from sleep and getting ready to leave. Not only is Dreamboys HQ an office space but it is also a dance studio, and somewhere the boys can sleep when training is intensified leading up to tour shows; they have thought of everything! 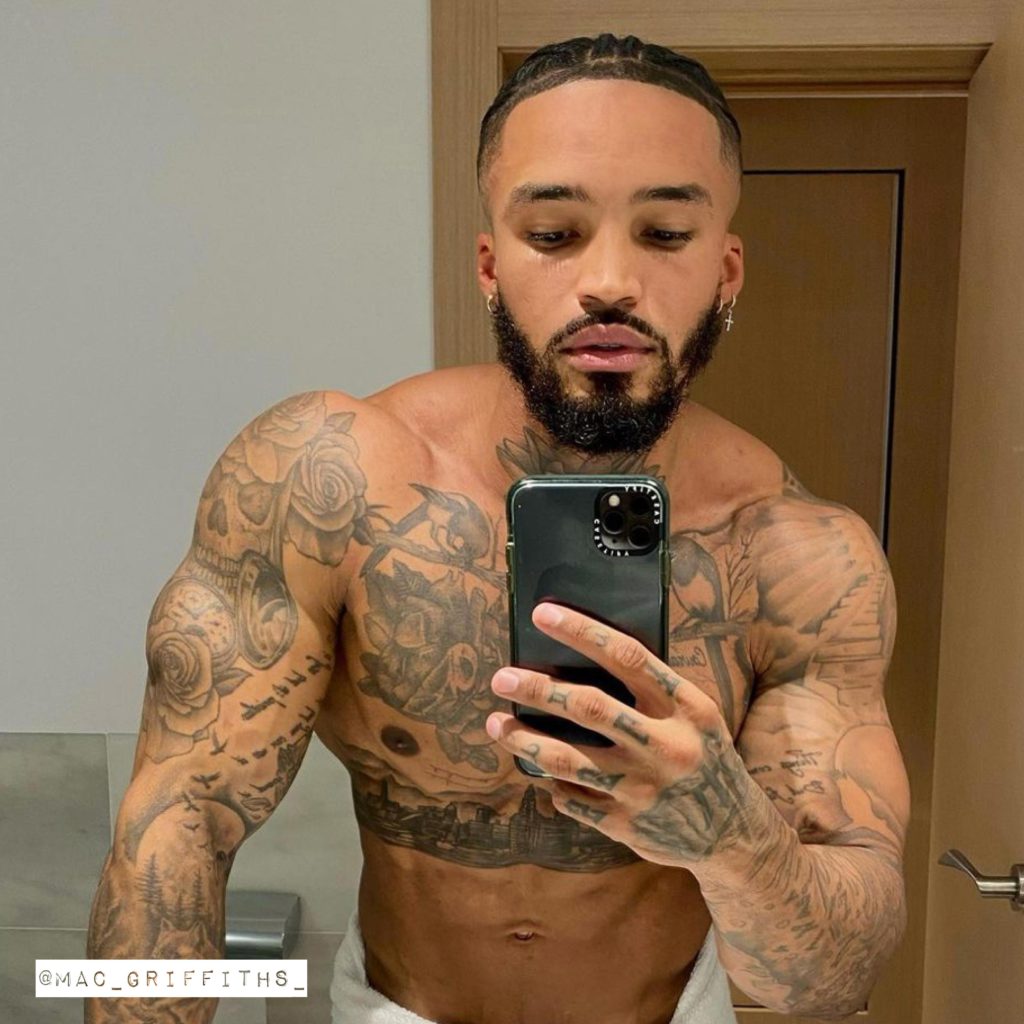 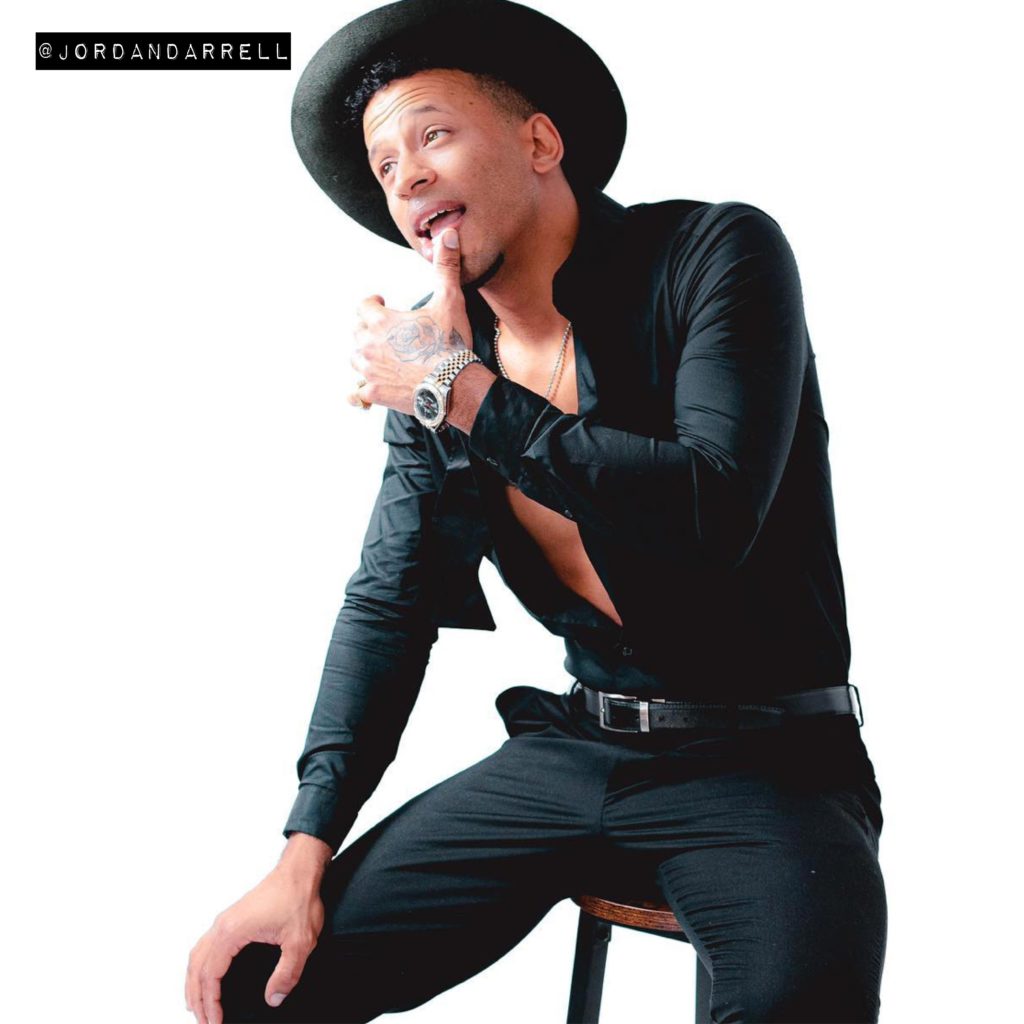 We head out to the tour bus which is quite something. Wrapped in black with Dreamboys blazed on the side in hot pink with pictures of the lads, it’s as impressive inside as it is on the outside. Not only does it contain a fully functioning mini kitchen, tables and chairs, but eight bunk beds and a tv/games room which is effectively a bus living room, which can also sleep two more! The boys have to be on the road a lot for the shows so it only makes sense they travel in style.

As we got on the road I sat down with Alice to discuss her plans for the Dreamboys, and what’s coming up, I can’t say much but all I can say is it is EXCITING! While we chatted, three of the four lads, Connor, Zak and James, went to sleep; Michael Griffiths was the fourth on the bus. He has been invited as a guest of the show this year after starring in Love Island in 2019. His debut was delayed because of the pandemic, so Brighton was his first moment to shine.

He and I had a catch up in the tv room while everyone slept. He talked about his plans, his reasons for getting involved in Dreamboys and why he works as hard as he does (see www.instagram.com/wearehoi for the full interview). I also used the time on the bus to catch up with Connor Stringer; he invited me down to his bunk for a chat once he’d woken up and the conversation we had was close to beautiful. Insightful, honest, heartfelt and real. We touch on a few things on Connors face to face recorded interview but the depth of his story is only scratched on the surface. A self taught freerunner, gymnast and tricker, he was scouted by Cirque Du Soleil and was flown to Quebec to train as a hoop diver before the pandemic forced his return home to the UK.

He also spoke with me extensively about his battles with mental health, and his close relationship with Zak Smith and how they support each other on the road. Not only this, but the choices he made for himself to come back from a very dark place, which as many of our readers will understand, is not an easy task. I’ll forever be grateful for the moments on the coach with Connor, and for the honesty he shared and for the friendship we have maintained because of this. 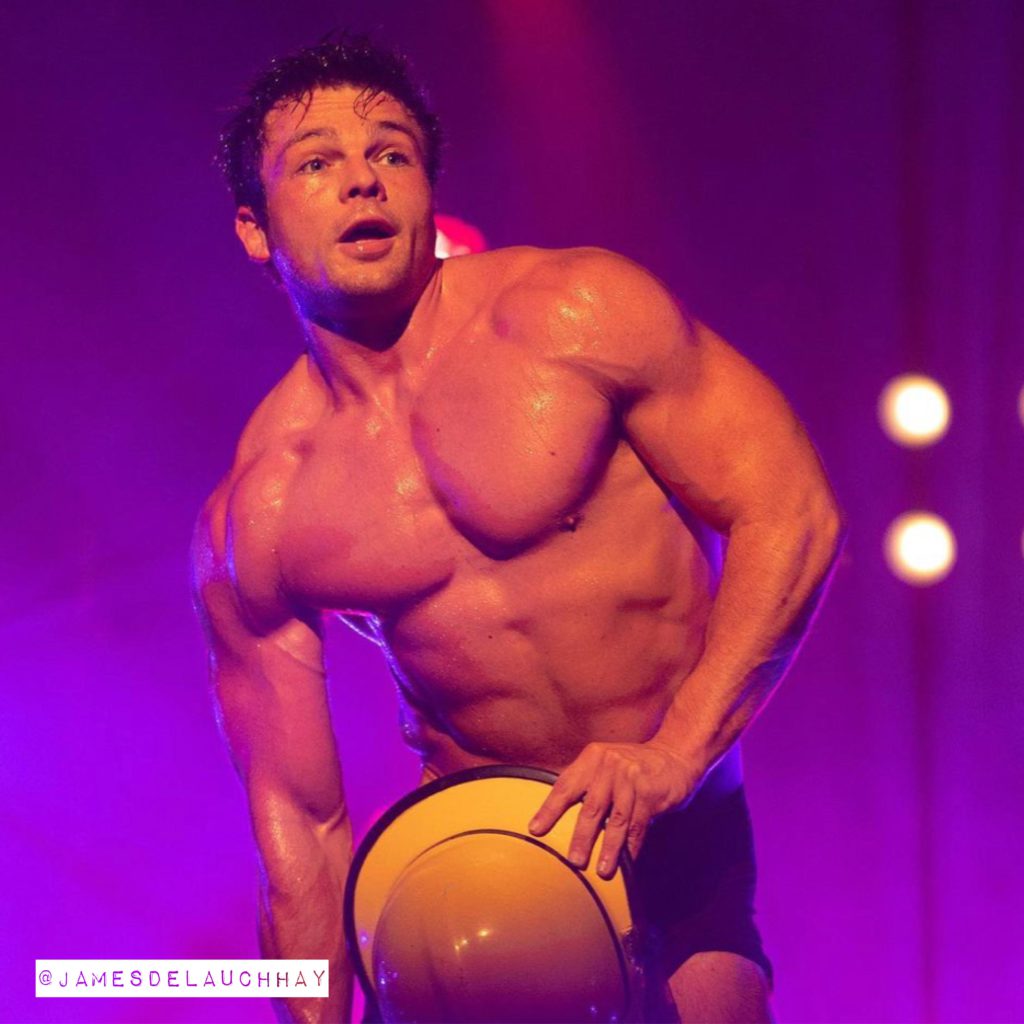 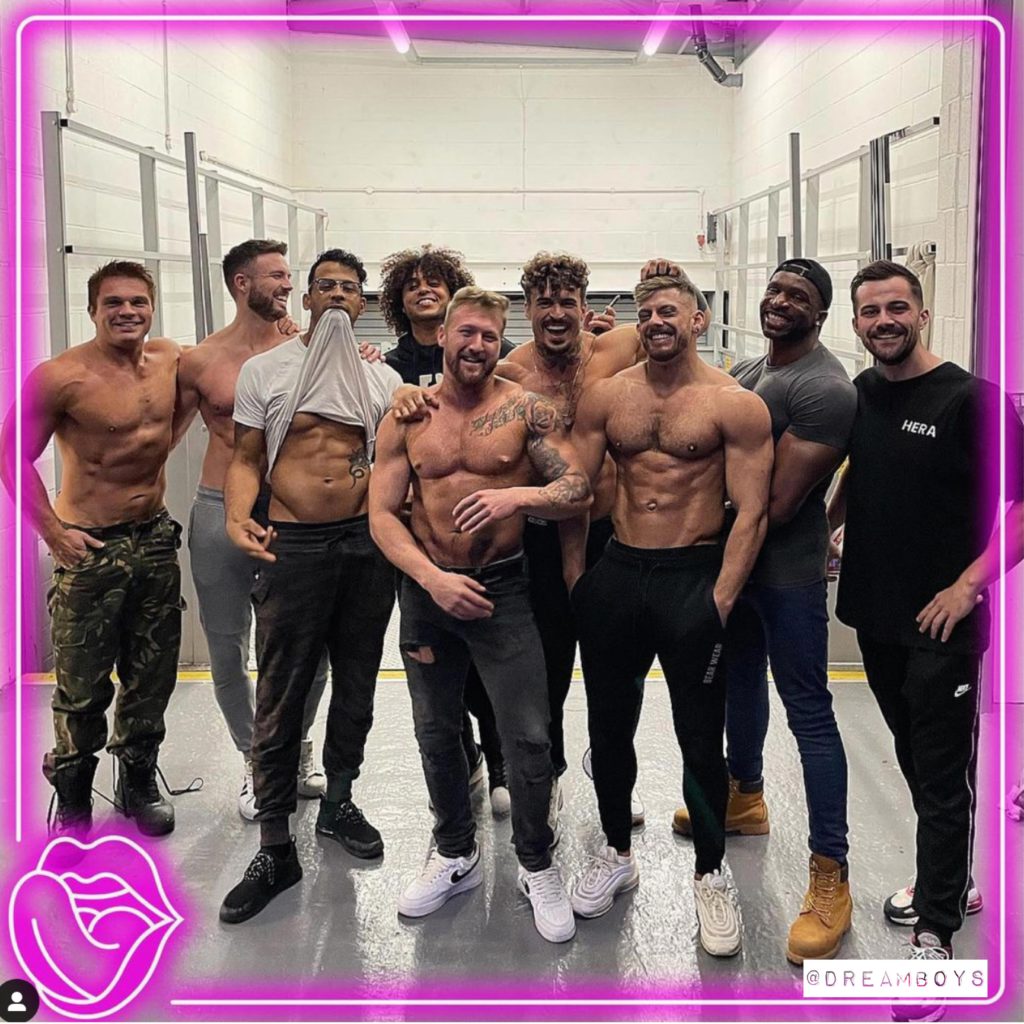 We arrived in Brighton at around 1.30pm and got into the theatre. The movement never stopped from arrival onwards; unpacking the coach, getting settled into dressing rooms, sorting costumes, and blocking through the routines on stage to make sure they all felt comfortable and ready. Mainly Michael, who is new to the way it all works. Even in rehearsals, performing at 40%, they looked incredible. I was so excited to see how the show would unfold. What we saw at press night is a different show to the tour, if you want the full Dreamboys experience BOOK THE TOUR!!!

As the auditorium began to fill up, I got lost backstage with the lads, having conversations with each of them about their journeys (interviews on our instagram), their talents and skills, but also the mindset they have and the personal battles they have faced. The thing that shone through loudly with each individual, was they all have a depth inside them and a story to tell. Although, of course, beautiful to look at, they are so much more than just pretty faces… and bodies.

The show started and like press night, it went wild! The music, the choreography, the lights, the dancing… it was like I hadn’t already known what was coming. Each moment was electric, sexy, fun, funny, flirty, powerful, and beautiful pulled together. As if I wasn’t enjoying myself enough, the boys pulled me up on stage to have a lap dance with Michael Griffiths and James De Lauch Hay. I have spent a lot of time with the boys at this point, and not once did they break professionalism in my honour. They were performers from beginning to end, I was a girly, hysterical mess. I could not keep my composure AT ALL! (See my Instagram for video evidence but they stayed focussed and remained true performers throughout.

The show builds continually for 2 hours, a crescendo of excitement, sexual tension, joy, happiness and freedom! When Pjay Finch brings everything to a very powerful and uhhh… BARE end, the whole room loses their minds! By the time the boys come on for their bow, the whole theatre is singing and dancing on its feet! What an experience!

As I joined the lads backstage, the night wasn’t over. They have to collect costumes, get them out the way, before a quick freshen up and a meet and greet with anyone who had purchased a ticket to meet their favourites. The queue was around the room! They were there for a solid hour, taking time to take selfies, sign merchandise and speak to each person. Not once did they drop, not once did they lose their smile and their momentum. Each person in the room was greeted with the same love, same energy, same joy and same passion. At this stage I was feeling my energy leave the building and I hadn’t performed on stage or had to talk to hundreds of people. I know adrenaline helps a lot but this was a choice, hard work, and a love of what they do. 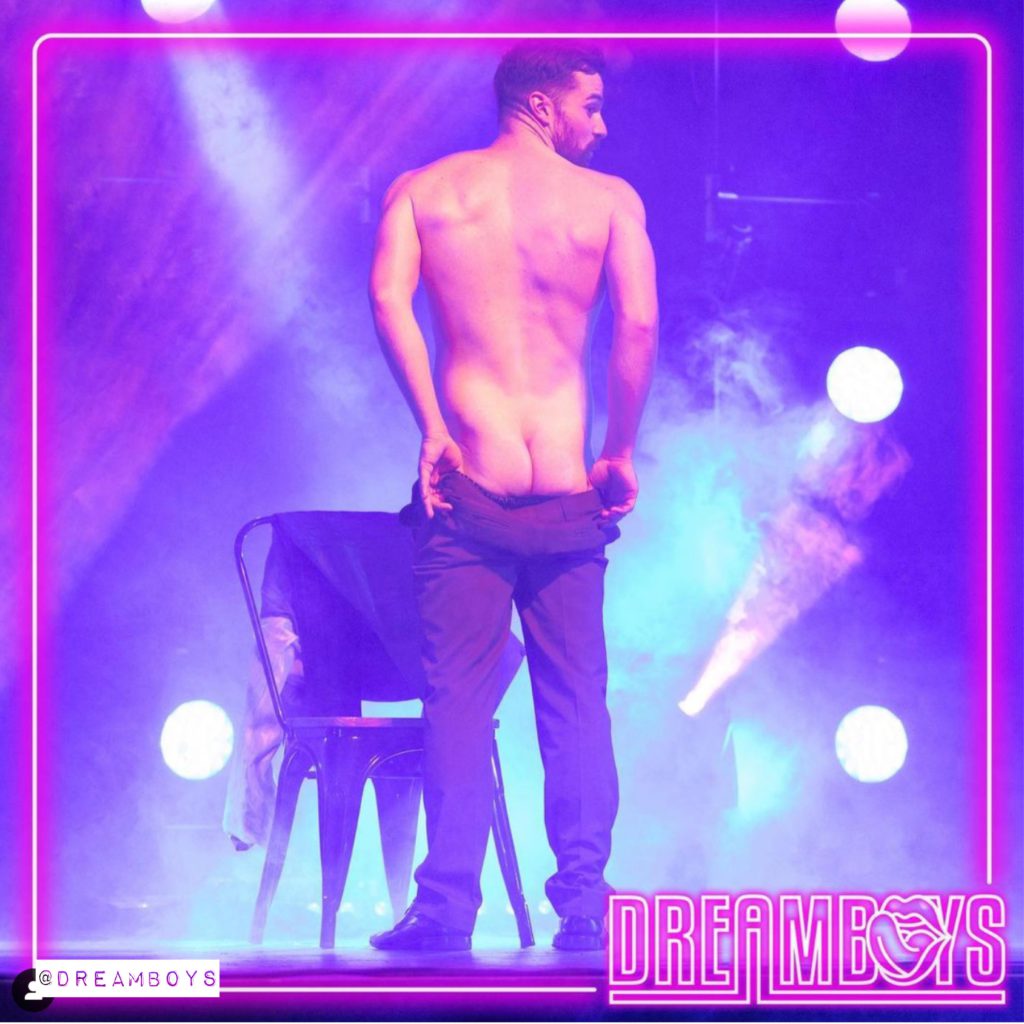 Once all was done, it was a military operation to get everything packed up and back onto the tour bus before some of the lads drove home and the rest stayed for a drink before the journey on the bus. The arrival back to HQ was around 2am, I had fallen asleep on the bus for a short time, and then again once I got back to HQ… on the sofa… mid conversation with Michael about Dairy Milk. They were still going! Unpacking, getting costumes ready to be sent to the dry cleaners and winding down.

The stamina, the hard work, the energy, their drive, all was contagious, powerful and unbelievable to see. What they do isn’t easy, nor did it ever come easy. There are misconceptions of what it takes to be a male entertainer, the adult entertainment industry still holds stigma and can be judged or looked down on, and all I can tell you is I have never felt more comfortable, safe and relaxed in company with a group of men, nor have I enjoyed a show this much for a long time. It is honest, it’s real, it’s raw, IT’S FUN, it is everything the boys are.

We here at HOI champion good influence, whatever that looks like, and these boys embody it in ways you wouldn’t imagine.

Thank you Alice, Jordan, and all of the boys for inviting you into your world.