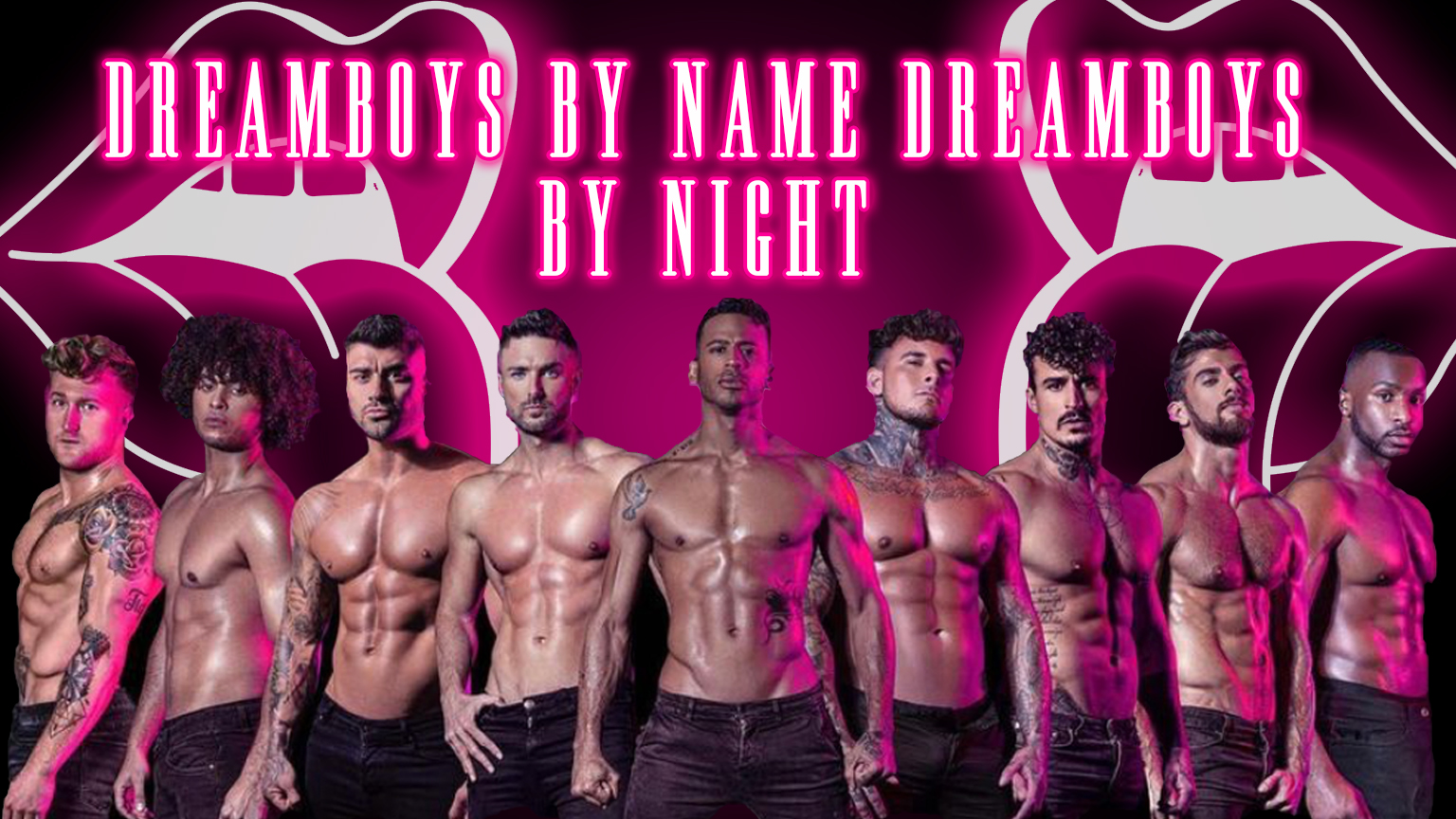 Walking up to For Your Eyes Only in Shoreditch with excitement in my stomach, I’m headed into the Dreamboys press night and it is my first show since 2019. Not just any show, but a full taster of the Dreamboys tour 2021/2022. We have all been kept away from the arts for such a long time, this night was already so special.

Greeted at the door by the amazing team, I was ushered towards the pink carpet to be interviewed by our very own HOI team. After a quick interview, and a short flirtation on camera with one of the topless hotties, I headed downstairs to the main event.

The room is filled with prosecco, goodie bags, music and of course, handsome hunks ready for photos, and top ups at any moment. I even caught Empowerment Coach and Content Creator Victoria Winterford being asked to apply oil to one of the described gents… I mean, I don’t blame her for saying yes, do you?

As we mingled, and sipped prosecco, the energy in the room was electric! A couple of the Dreamboys were in the room greeting people before they headed back stage to get ready to perform. I caught up with Shane Finlayson and Pjay Finch about how they were feeling about being back, and both of them were tired from their intensive training but so happy and so excited to be on stage again doing what they love. After being apart from each other as a group, a team and a show for so long, this was their time to shine.

As it edged towards 7.15pm Creative Director and choreographer Jordan Darrell’s voice came over head telling everyone to get ready and take their seats for the show to begin. 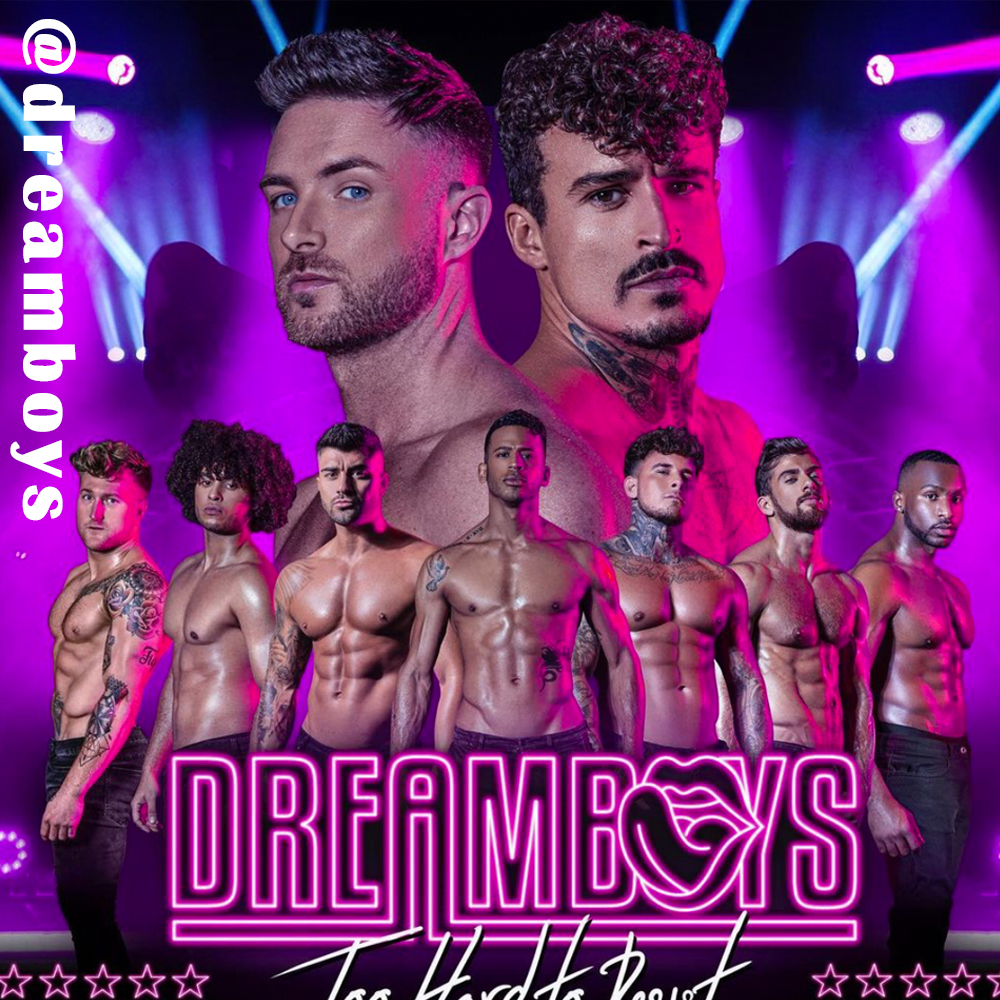 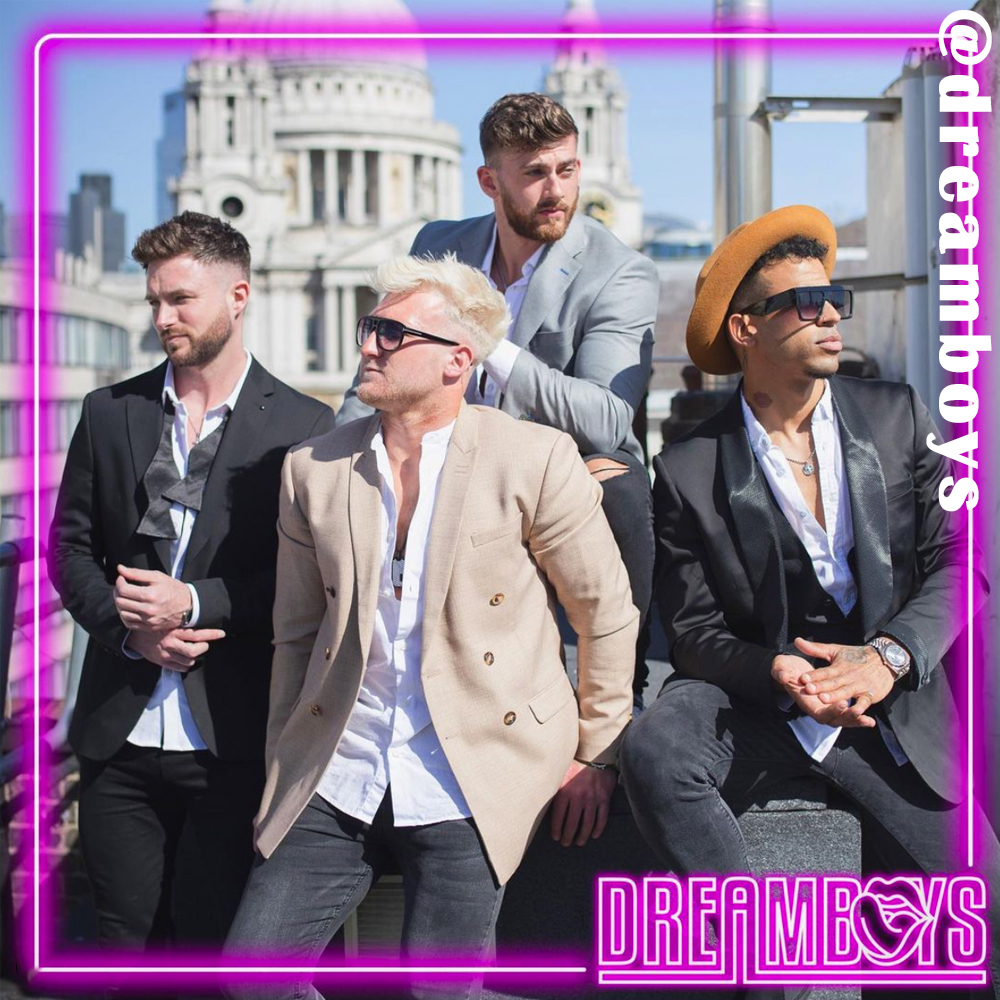 The room is buzzing with excitement. The lights go down, the music comes on, and out came the boys in full army get up. The routine breaks out and everyone in the room loses their minds… and by the end of the night, voices!

There’s something about a male entertainment show that brings out confidence, sexuality, excitement and bravery that you don’t normally see with women; it’s somewhere they can feel free, animalistic and wild, but also safe to enjoy their own femininity. We interviewed owner Alice Woods, who wanted to create a space for women to explore their sexuality, and feel safe with men if it was something they hadn’t felt before. It is so much more than a show.

For the next 45 minutes, it goes off. From group routines, to strip teasers, to full blown nudity, there is something for everyone. Reality stars Chloe Ferry, Sharon Gaffka and Anna Vakili were all pulled up on stage for lap dances which the crowd went wild for! This is a potential for anyone who goes to a Dreamyboys show, so mentally prepare yourself NOW! The boys could get up close and personal with YOU!

By the time half time rolled around, there was no going back. The energy was through the roof, we had all been enjoying prosecco and Naughty Water; a vodka based (and vegan) boozy seltzer. It’s low carb, low calorie, and a little bit naughty! Created by Love Island’s Charlie Brake and one of the main sponsors of the event. So, you can imagine, the guards were down, the room was relaxed, and everyone was counting down to the second half. 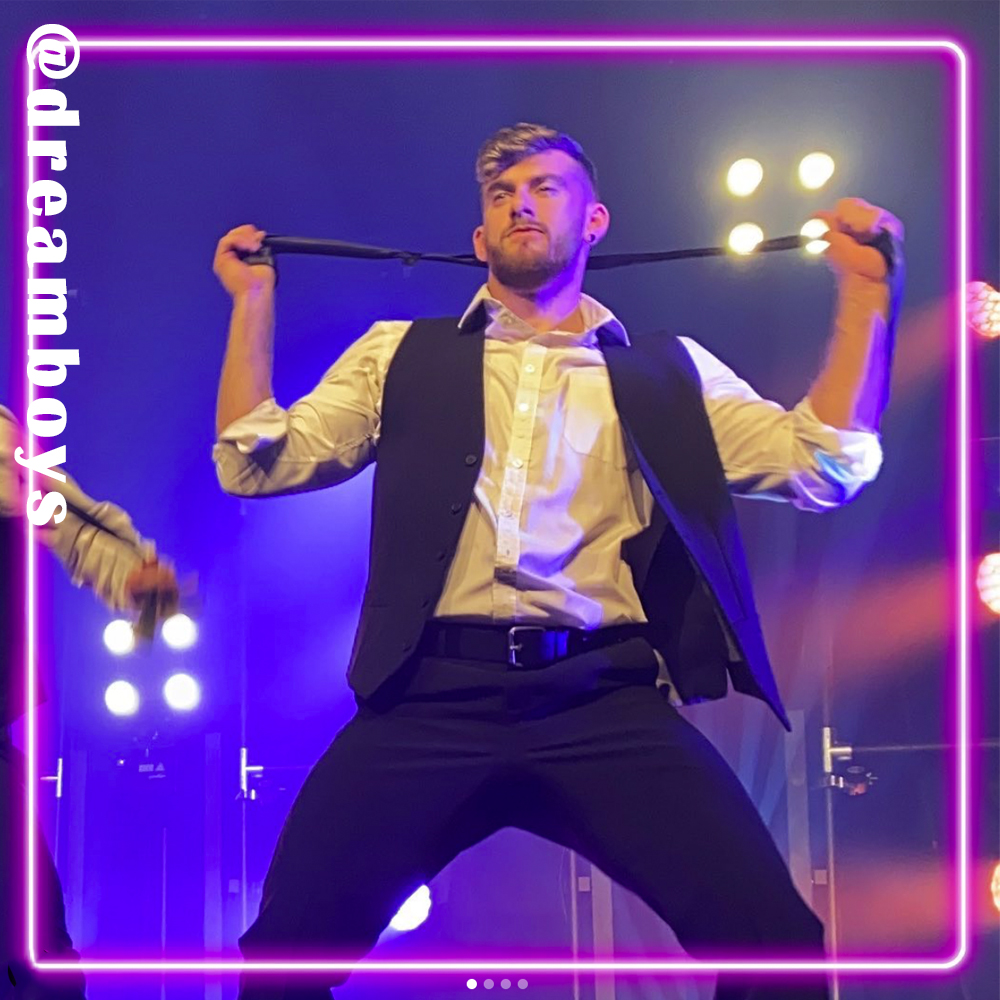 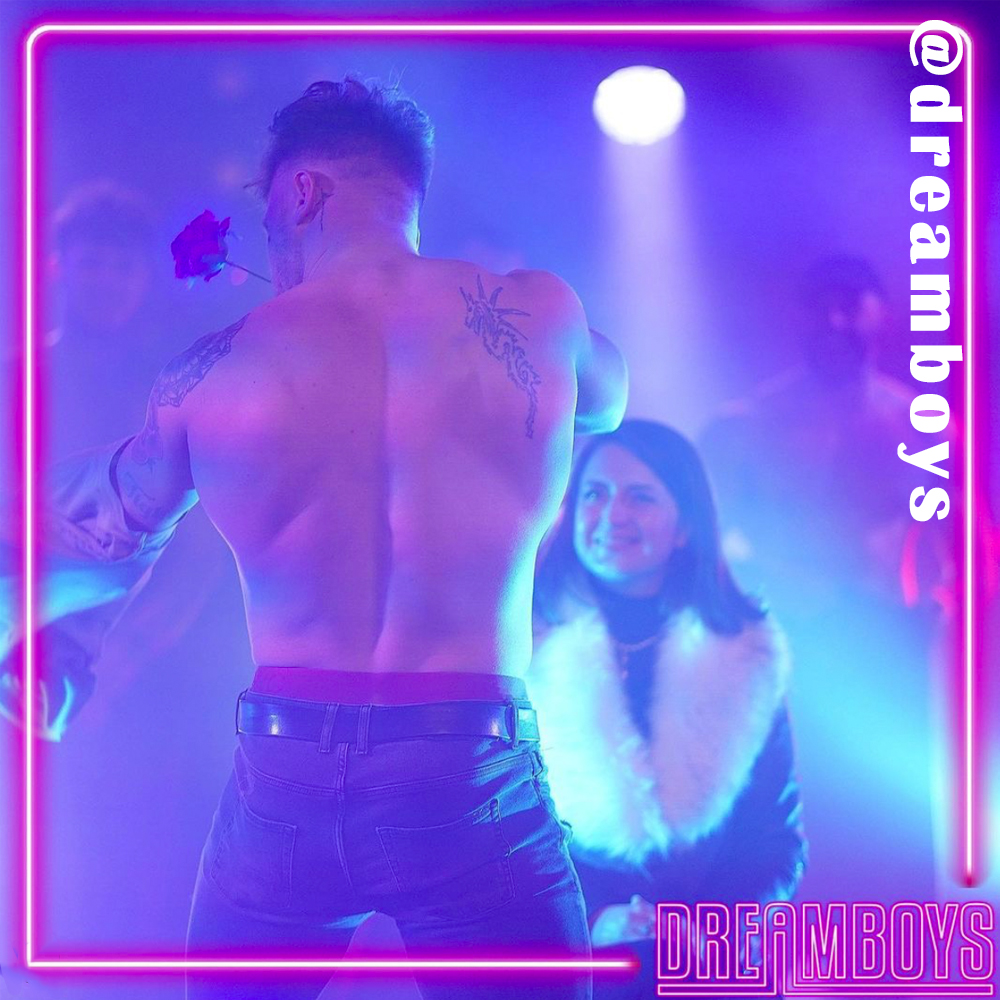 As round two kicked off, everyone was out of their seats, singing, dancing, screaming at the tops of their lungs (yours truly included) and covering the stage in Dreamboy Dollar bills. It was like something out of a movie; a really sexy, dance fuelled, tipsy, loud, exciting, movie… with full frontal nudity. Oh and lapdances… Am I selling it well enough yet?

Before you think this is a female only event, it is not! Everyone is welcome, sexuality, gender, whatever you identify as, there is a love for you in this show. The pure skill and talent of the boys is something to witness.

Reality star and model Kieran Bishop was in the audience with his twin brother Kaz, to show love and support for the team, specifically Shane Finlayson who took part in Celebs go Dating alongside Kieran and has built a strong friendship from the experience together.

The show pushed up to a crescendo, pyrotechnics, gymnastics, more nudity (obvs) and we were even given a special performance by Jordan Darrell himself, normally only saved for tour ticket holders. (If you don’t know his credentials, just know, he’s a BIG DEAL!) By the time the show was over everyone in the room had a smile on their face. 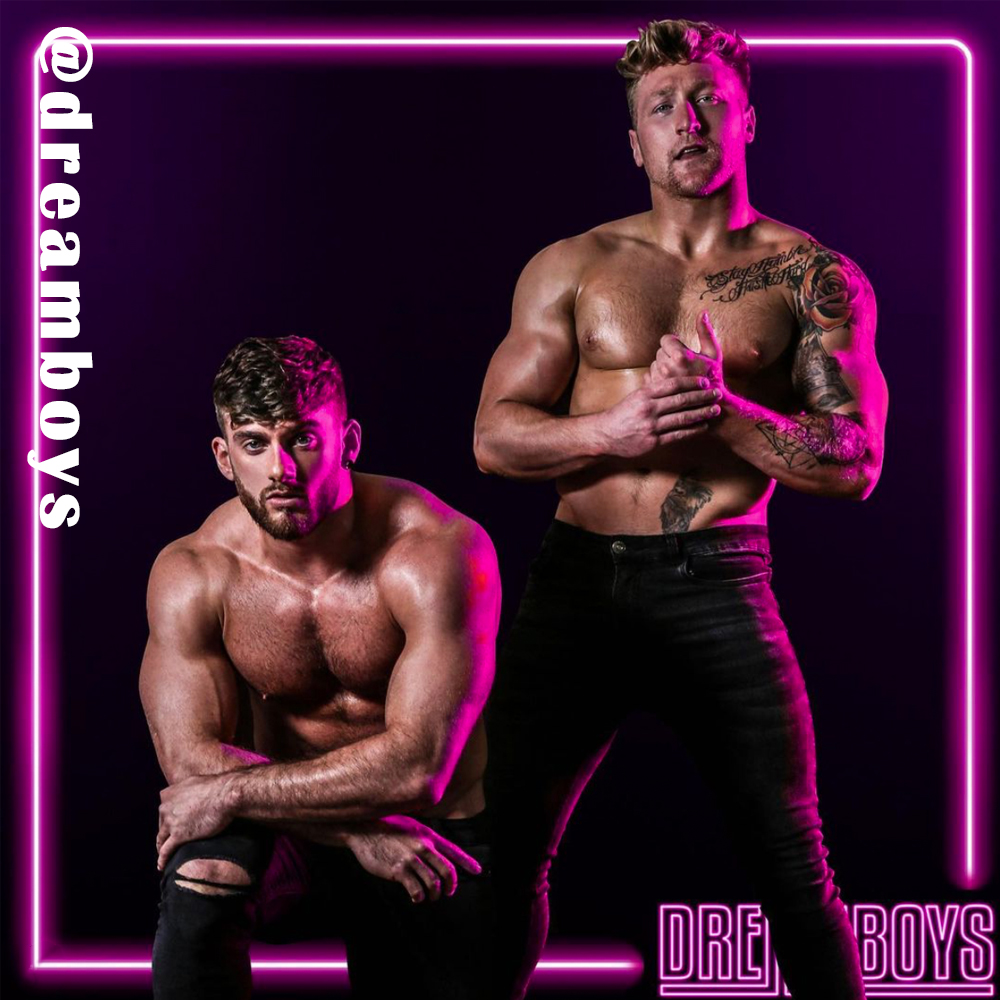 When catching up with the boys later they were elated. All of them so happy to be back on stage, and so ready to kick start the tour August 7th 2021.
If you want to get your tickets head to Dreamboys and if you want to catch up with our interview with Jordan Darrell and Shane Finlayson, check it out here!